Please note the contact for this league for 2020 is Alex Turner: This email address is being protected from spambots. You need JavaScript enabled to view it..

Another successful and competitive Southern Independent Schools Lent Term League season has been completed, with congratulations due to Harrow, Berkhamsted and St Paul’s who have shared out the silverware this year. Harrow have won the Charles Alcock Cup for the fourth time in twelve seasons, completing the season with an impressive 100% league record . The 3rd XI league went to the last day of the season and was perhaps the most competitive league of all, with five of the eight competing schools ending the season on 9 or 10 points. Berkhamsted were the eventual title winners after St John’s were held by Epsom in their final game.

Elsewhere it was St Paul’s who won the accolades, securing no less than five league championships. Their 2nd XI completed an unbeaten season to top that league by three points, whilst their Under 15 and Under 16 teams all recorded impressive successes.

Congratulations to all eight schools who contributed towards an exciting and purposeful league season. 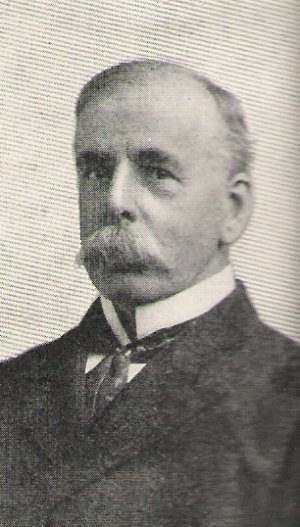 Charles Alcock, who had been a schoolboy at Harrow and a member of Druries House (of whom the current ISFA Chairman was housemaster for many years) was instrumental in the development of international football, the FA Cup, and indeed, the Football Association itself. He was an early committee member of the Football Association which was formed in 1863, joining it in 1866. He was elected, at the age of 28, to the position of FA secretary. In 1871 he proposed the FA Challenge Cup, the first 'knock-out' type tournament. Fifteen teams entered the inaugural competition and Wanderers (a now defunct London team) won it, captained by Charles Alcock who played at centre-forward and had a goal disallow for handball. The FA ‘Challenge’ Cup was so called at that time because Wanderers, as winners, automatically qualified for the final and all the teams played a knock out competition with the winners ‘challenging’ the holders in the final.

Charles Alcock was also instrumental in the development of the first international fixture. He did this by writing an address through the Glasgow Herald, inviting representatives to a game at the Kennington Oval, which was then, as now, the home of Surrey Cricket Club (Alcock was Secretary of Surrey CCC). Because the game's basis was completely amateur at the time, financial considerations meant that the Scottish team ended up being composed entirely of Scots living in England, and England won 1-0. There were three further matches, all in England, before the first match to be held in Scotland.

However all those early matches were considered unofficial, largely because the English FA were running everything, even the selection of the Scottish side. Both the English and Scottish Football Associations record the first Scottish-based match, at the West of Scotland Cricket Club at Partick on 30th November 1872, as the first ever official international match. Charles Alcock was down to captain the side, but was injured and had to be content with umpiring. The match ended at 0-0.

In 1875 Charles Alcock captained England against Scotland in a match played at the Kennington Oval. It ended 2-2, with Alcock scoring England's second goal in the 65 minute. England had had to play without their goalkeeper initially as William Carr was 15 minutes late because of delays on the trains on his route from Sheffield.

Charles Alcock remained as Secretary of the FA until 1896, instigating, amongst other things, the International Selection Committee in 1887. This committee selected England sides until Walter Winterbottom and then Alf Ramsey took over the duty. From 1896 until his death in 1907 Charles Alcock was Vice President of the FA. Unlike David Elleray who only refereed one FA Cup Final (Manchester United v Chelsea in 1994) Charles Alcock ‘umpired’ a number of finals.