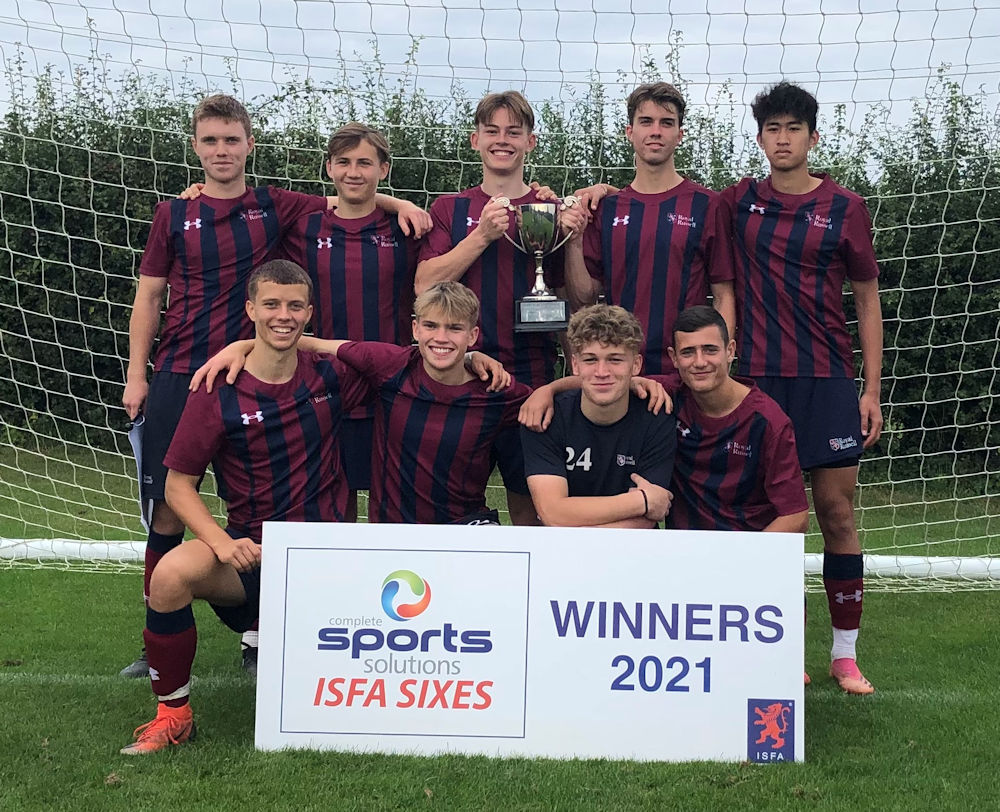 On a bright sunny day, 24 teams converged at Bradfield College to take part in the ISFA Sixes competition

Repton got off to a strong start in the groups, securing their first three points in their opening game, finding their form, which they then took throughout the group stage, securing the full three points in every game and not conceding a goal topping the group. Hampton found a similar form, only dropping points in one of their matches, also progressing through to the cup. There was a tight battle for third and fourth, with third being claimed Brentwood and fourth Charterhouse who both progressed through to the plate competition. Both Westminster and Kimbolton put in strong performances, but unfortunately missed out on the top 4 places, ending their competition at the group stage.

Royal Russell, Manchester Grammar and Marlborough all opened their accounts with a win. Royal Russell continued their good form, winning four out of their 5 matches, topping the group progressing through to the cup competition. Manchester Grammar had a mixed group stage, winning three and losing two, but ultimately securing enough points to claim the runners up spot, progressing to the cup competition. City of London and Marlborough both had mixed competitions, but both picked up enough points to progress to the plate, with City of London in third place and Marlborough in fourth. Bradfield B and Winchester college both put in determined displays, but ultimately did not progress out of the group stage.

Bradfield got off to a strong start, securing points in all of their group games, winning four and drawing one, taking the top spot in the table, progressing through to the cup competition. Bedes joined them in the cup competition, winning three and drawing two of their games, without conceding a goal. Shrewsbury and Dulwich College both progressed through to the plate competition, securing third and fourth respectively after a competitive group stage. Tonbridge and Forest School both put in strong performances, but were unable to secure enough point to progress through to the next stages of the competition.

Alleyns and Queen Ethelburgas both got their competitions underway with a win in their opening matches. Alleyns continued their impressive run, only dropping points in their last group game, but already securing enough points to top the group and progress through to the cup. Queen Ethelburgas also continued their impressive run, finishing runners up in the group, also progressing through to the cup. Ardingly and Chigwell battled it out for third and fourth place, with Ardingly taking the third place spot and Chigwell fourth, progressing through to the plate competition. St Johns, Leatherhead and St Columbas showed good determination in their games, but were unable to secure enough points to progress through to the next round of the competition.

After a closely contested game, it was Royal Russell who edged the win against a strong Bradfield side. 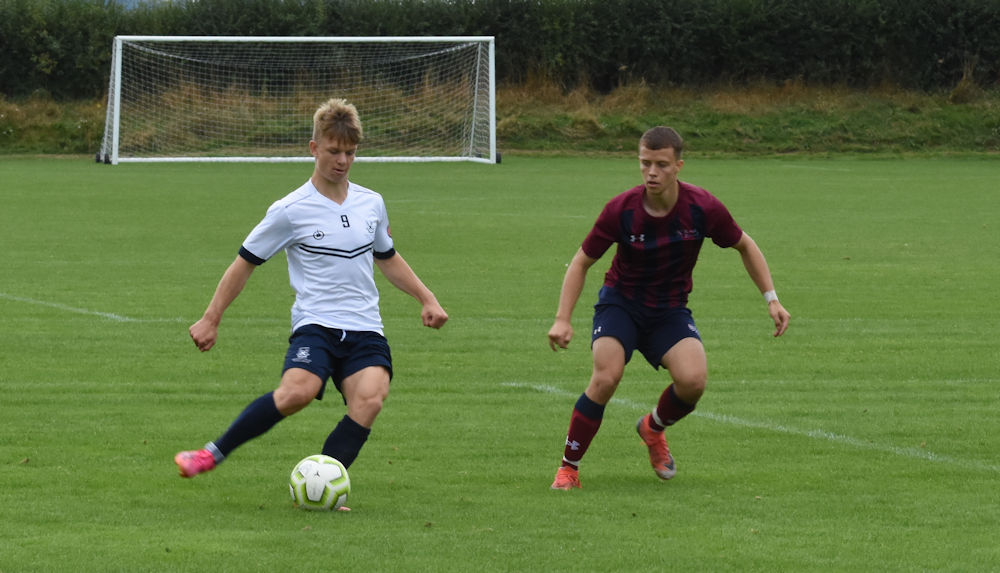 After a closely fought game between Chigwell and Marlborough, a penalty shootout was needed to determine a winner, of which Chigwell came out on top. 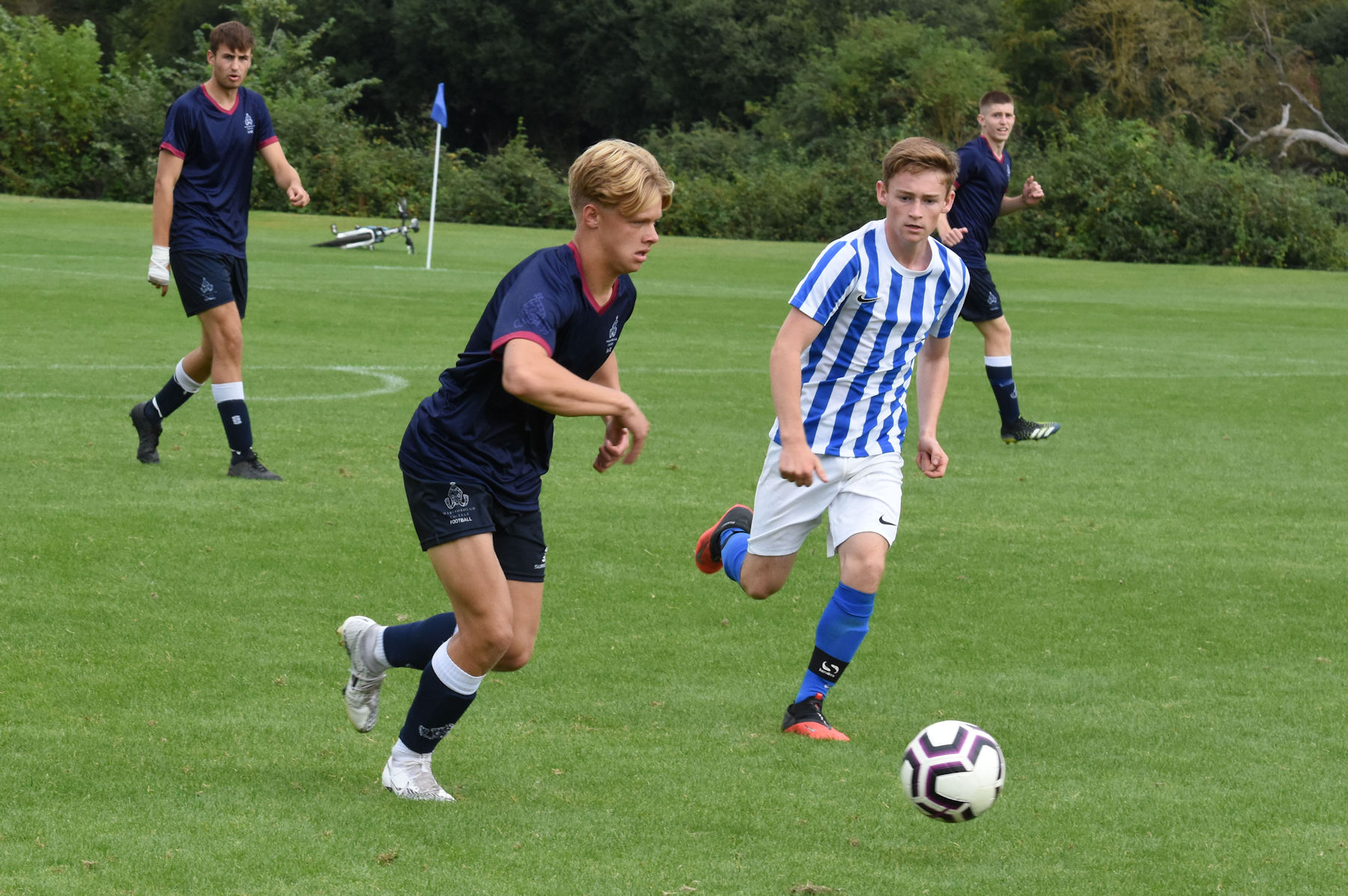