REPTON UNDEFEATED IN U14 BOYS FUTSAL 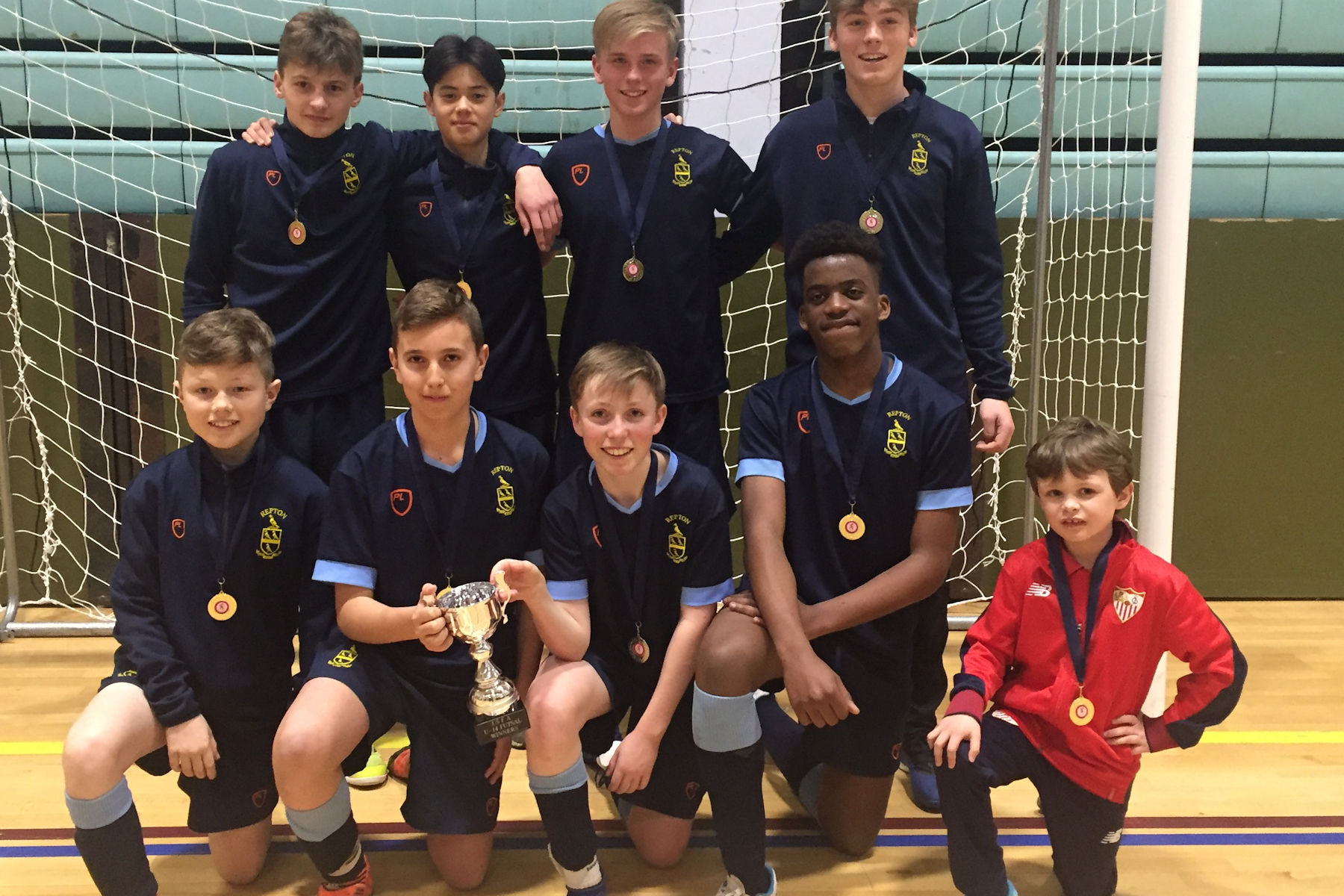 The U14 Futsal competition was once again held at Guildford Spectrum enjoyed by twelve participating schools. The schools were split up into two group of six with the top two teams in each group qualifying for the semi-finals. In group ‘A’ St. John’s, Leatherhead looked strong ending the group with 12 points having lost only one game to Royal Russell. Bradfield also finished the group with 12 points having only being defeated by St John’s, meaning the group winner was decided on goal difference, and it was the latter who had a one goal advantage to go through as group winners. In group ‘B’ Repton dominated to win the group with a maximum 15 points after winning all of their group fixtures and conceding only one goal. Millfield and Hampton both finished the group with 8 points having won two, drawn two and lost one. Millfield had the one goal advantage to progress to the knockout stages.

In the semi-finals Repton maintained their unbeaten form to knockout St. John’s, Leatherhead, whilst Millfield knockout group winner Bradfield 3 goals to 1. The final was an exciting affair with both teams clearly fighting for the title. Repton went 1-0 up and as the clock went into the final ten seconds, they looked to be taking home the trophy, however, Millfield were awarded a direct free kick on the edge of the area in the dying second which was smashed home to draw the game level at full time. The game and champions were to be decided on penalties. The Repton goalkeeper saved the last Millfield to crown Repton the 2019 ISFA U14 Futsal Champions.

The U14's boys futsal competition saw 10 schools from across the country competing with the schools split into two groups. Winchester College started strongly in group A and finished with 3 wins out of 4 to top the group, with Millfield finishing in second place only one point ahead of Bradfield College. In Group B the games were very competitive going all the way to the last game with four schools still competing for a place in the semi-finals. A 0-0 draw between Brighton College and Kingston Grammar School saw both going through on seven points whilst Hampton and Bedes both narrowly missed out by a single point. 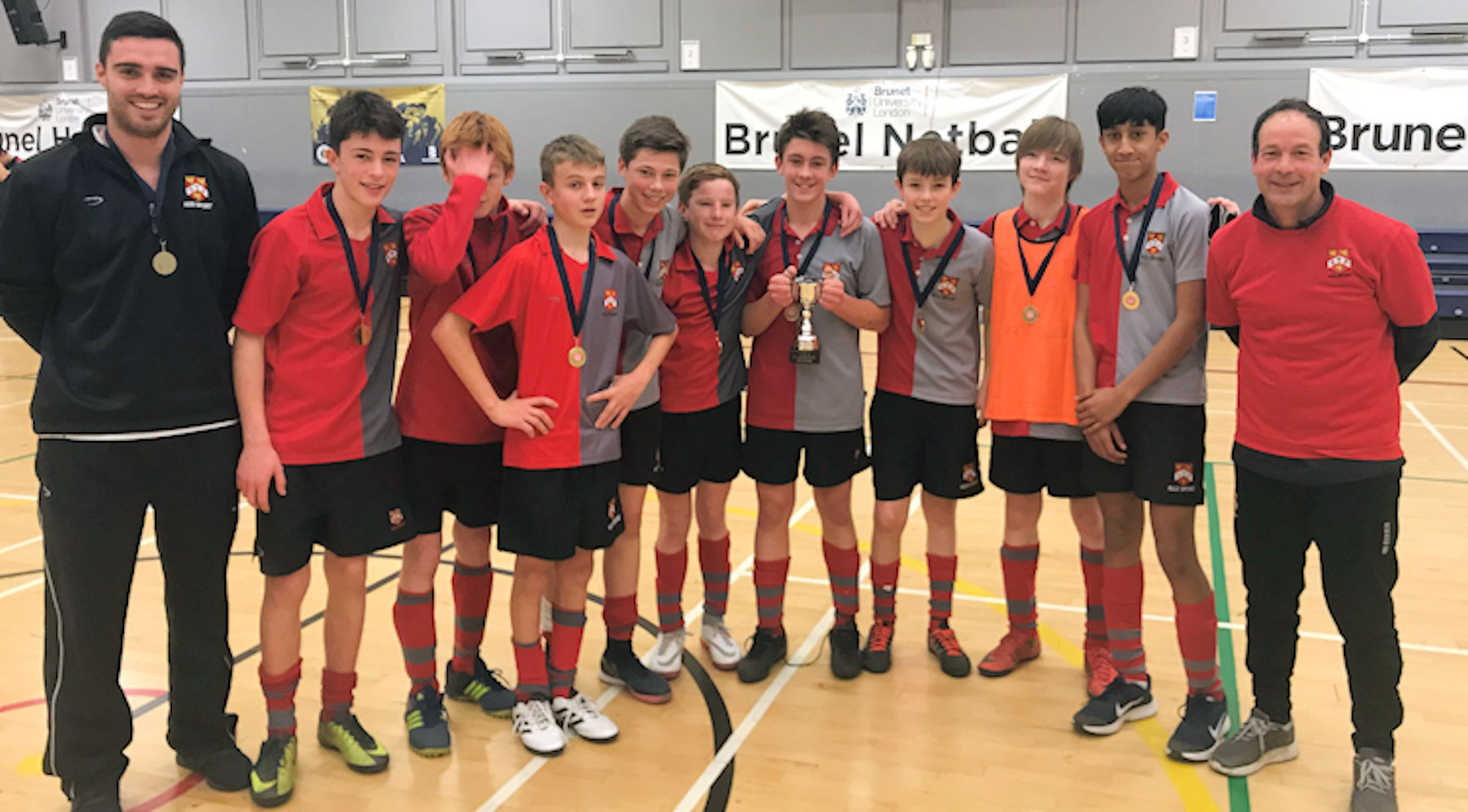 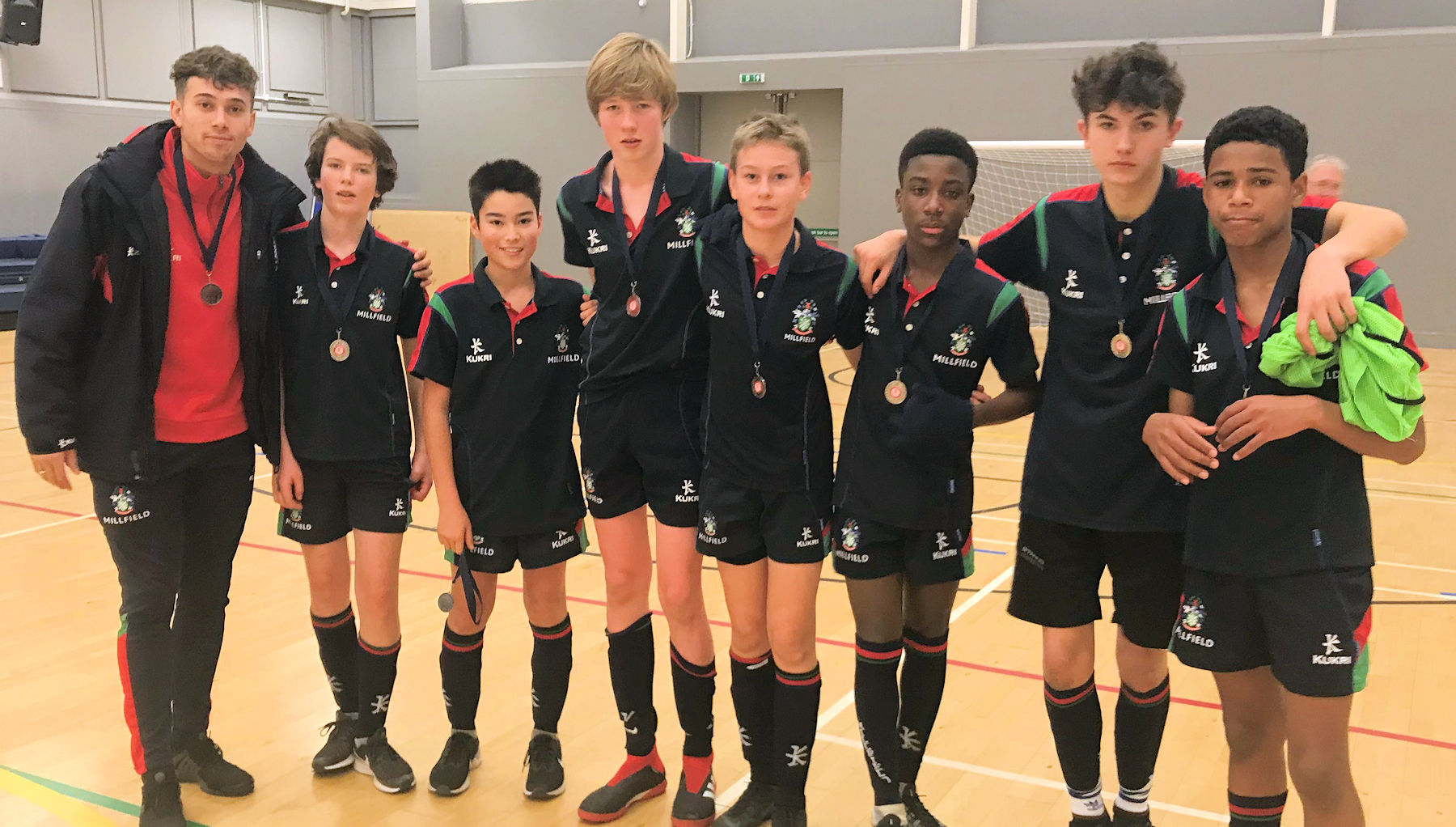