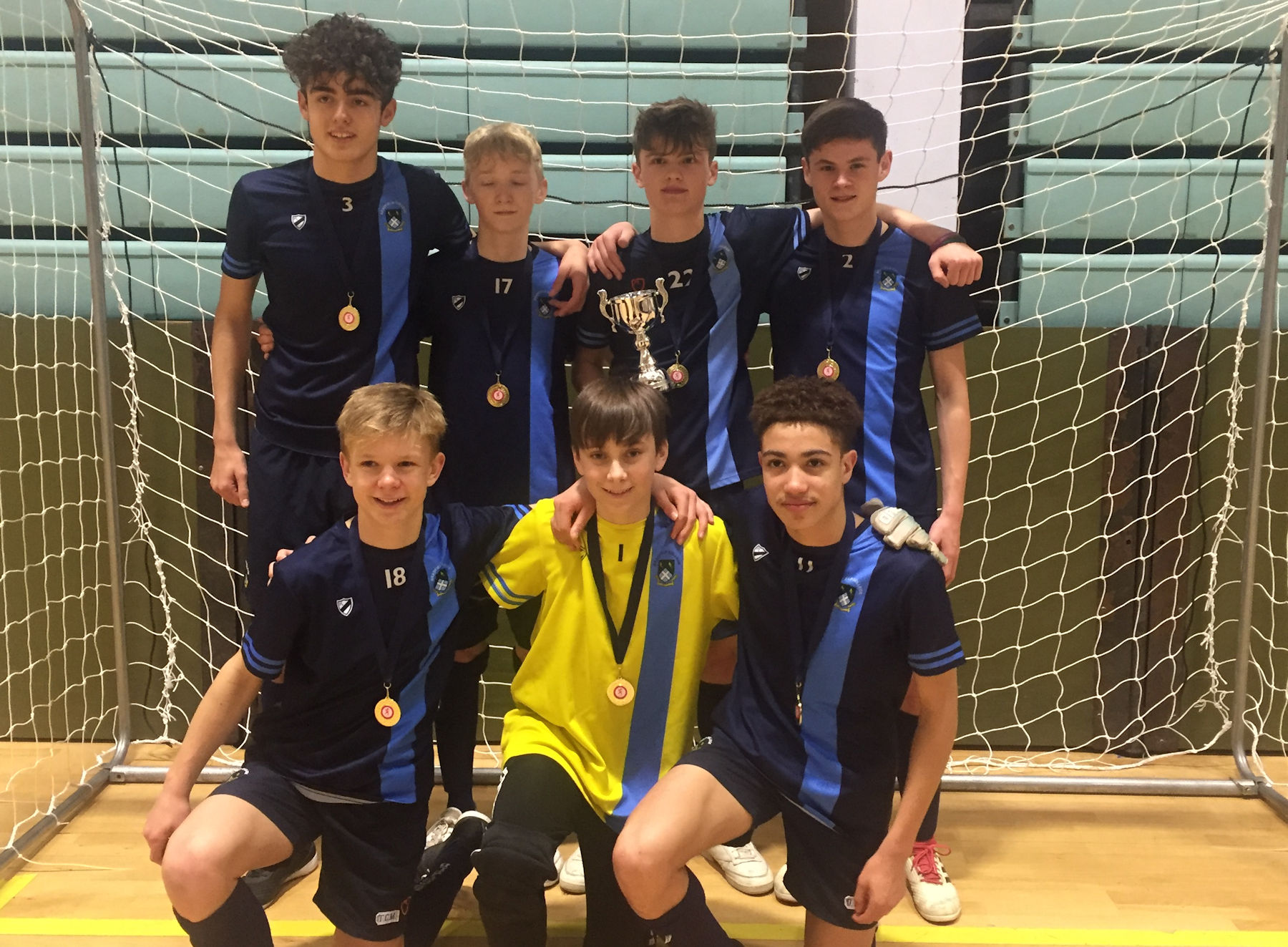 The U15 ISFA Futsal competition was once again held at Guilford Spectrum and enjoyed by thirteen participating schools. The schools were split into three groups; one of five and two of four. The top three schools in the group of five and the top two schools in the groups of four qualify for the quarter-finals along with the best third place school in the groups of four. In group ‘A’ Royal Russell dominated with three games and drawing one, winning the group with 10 points. Bradfield and Mill Hill both finished the group with 7 points and the same goal difference, but with Mill Hill having scored more goals they progress as second in the group whilst Bradfield went through finishing in third. Group ‘B’ winners had to be decided by a coin toss after both City of London and St John’s, Leatherhead finished with 7 points, the same goals difference, same goal for and against and they drew against each other. City of London won the toss to go through as group winners whilst St. John’s went through second in the group. In group ‘C’ Hampton won the group with 6 points and a goal difference of 5, Winchester College went through in second also with 6 points whilst Repton qualified as the best third place from group B and C.

In the quarter-finals Royal Russell and Repton drew level at full time after Repton got an equaliser in the dying seconds from a free kick. Repton converted their first two kicks whilst Royal Russell failed to score. Third place Bradfield knockout group winners City of London. Hampton were too strong for Mill Hill and St. John’s, Leatherhead ended Winchester College’s hopes. In the semi-finals both Repton and Hampton progressed to the final with strong wins over their opponents. The final was a tight affair being decided by one goal which fell to Bradfield and they held on to be crowd U15 ISFA Futsal Champions 2019.

Read 1550 times
Tweet
Tagged under
More in this category: « WHAT IS FUTSAL? U15 GIRLS FUTSAL »