Fifteen teams participated in the Berks Bucks Oxon U11 7v7 Regional Qualifier at Elstree School on a glorious autumnal afternoon.  The schools were split into three groups of five and in Group A Bishopsgate got off to a flying start winning their opening 3 matches. Crosfield’s started slower with an opening match draw against Dragon School but quickly find their feet winning their next three games including defeating Bishopsgate in the final game to top the group with Bishopsgate taking second place. Dragon School defeated Dolphin school in their final match to qualify for the quarter finals as one of the best placed third teams.

In Group B Ludgrove and Elstree got off to strong starts with convincing wins in their opening matches, and they were joined by Papplewick who also won their opening match. These three schools continued to set the standard with Papplewick displaying some exceptional attacking play to top the group, Elstree remained undefeated to take second place, and Ludgrove qualified for the quarter finals as one of the best placed third teams.

Group C was incredibly competitive and even and it took until the fourth game for a goal to be scored with Lambrook defeating St Pirans. Lambrook notched back to back victories before falling to defeat against Edgeborough, but a last game victory against Oratory Prep was enough to the group.  St Pirans recovered from a slow start to win both their final matches to take second spot and qualify for the quarter finals.

It was shocks galore in the quarter finals as the three group winners, Crosfield, Papplewick and Lambrook were all knocked out of the competition by St Pirans, Dragon School and Ludgrove respectively. In the other quarter final, a penalty shoot out was required to separate Bishopsgate and host school Elstree and it was Bishopsgate who narrowly edges through into the semi finals.

Dragon School saved their best football for the semi final as they produced an exceptional performance to defeat St Pirans and progress to the final where they were joined by Ludgrove who edged past Bishopsgate in a three goal thriller.

The final was a competitive game played with an excellent spirit and it was Ludgrove who find the first goal in the opening half to go into half time 1-0. Dragon School through everything they had at Ludgrove in the second half, but Ludgrove defended superbly to protect their lead and claim the title. Both teams now qualify for the National Finals 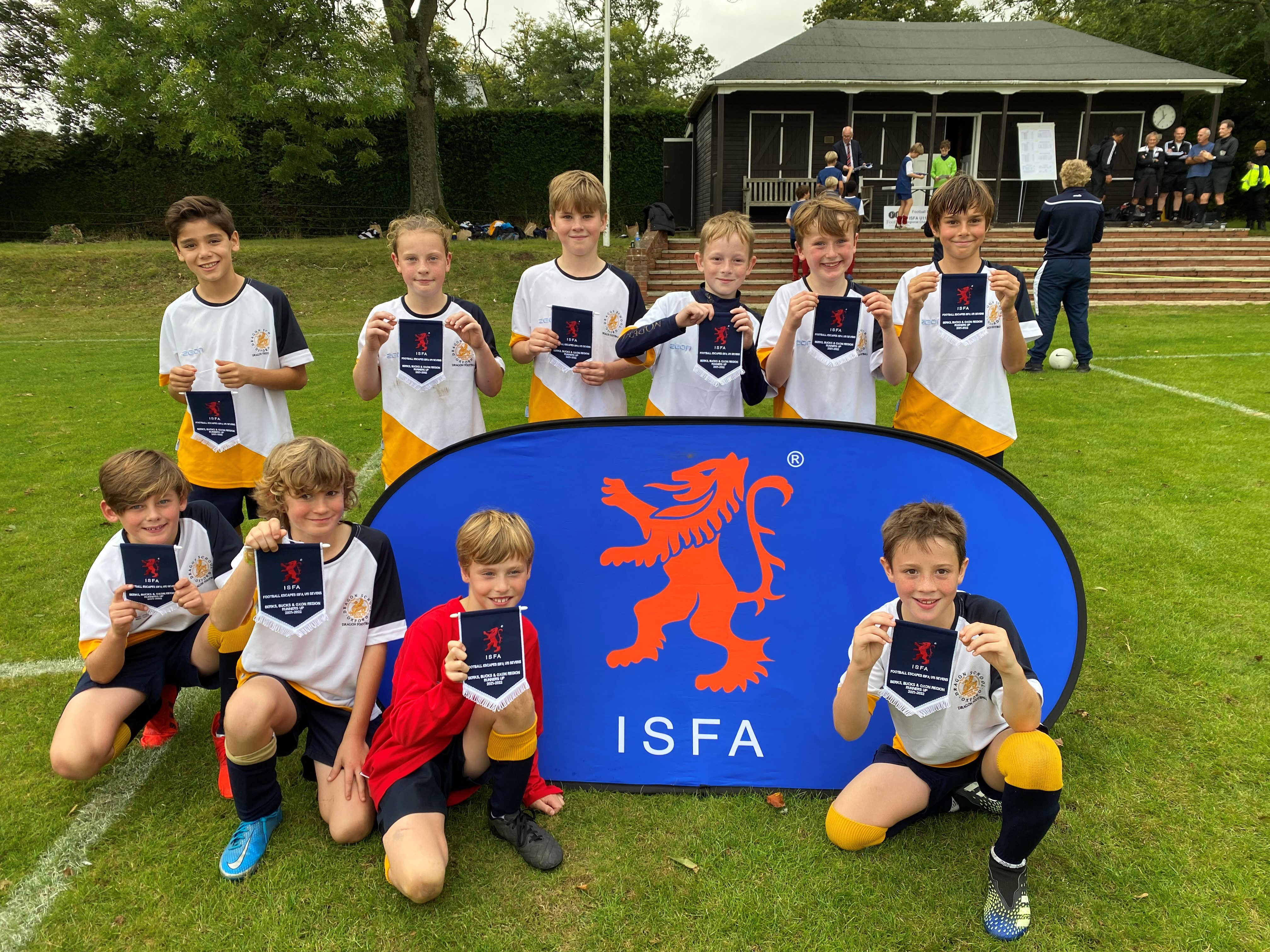 ISFA @isfafootball
A huge thanks to @cambscitygirls for tonight’s fixtures for our girls representative teams. Two very competitive an… https://t.co/nYw0g7usiH

ISFA @isfafootball
RT @jacquiedavies5: A brilliant performance from everyone! And well done to Team Mk girls! And another proud moment for this girl made the…

ISFA @isfafootball
RT @cambscitygirls: A good competitive evening of football from both City sides despite going down 0-2 in both games. Always a pleasure to…