The 2020-21 Kent & Sussex Football Escapes ISFA U11 Sevens will take place at Ardingly College in the Spring term, on Friday 5th March, 10.00 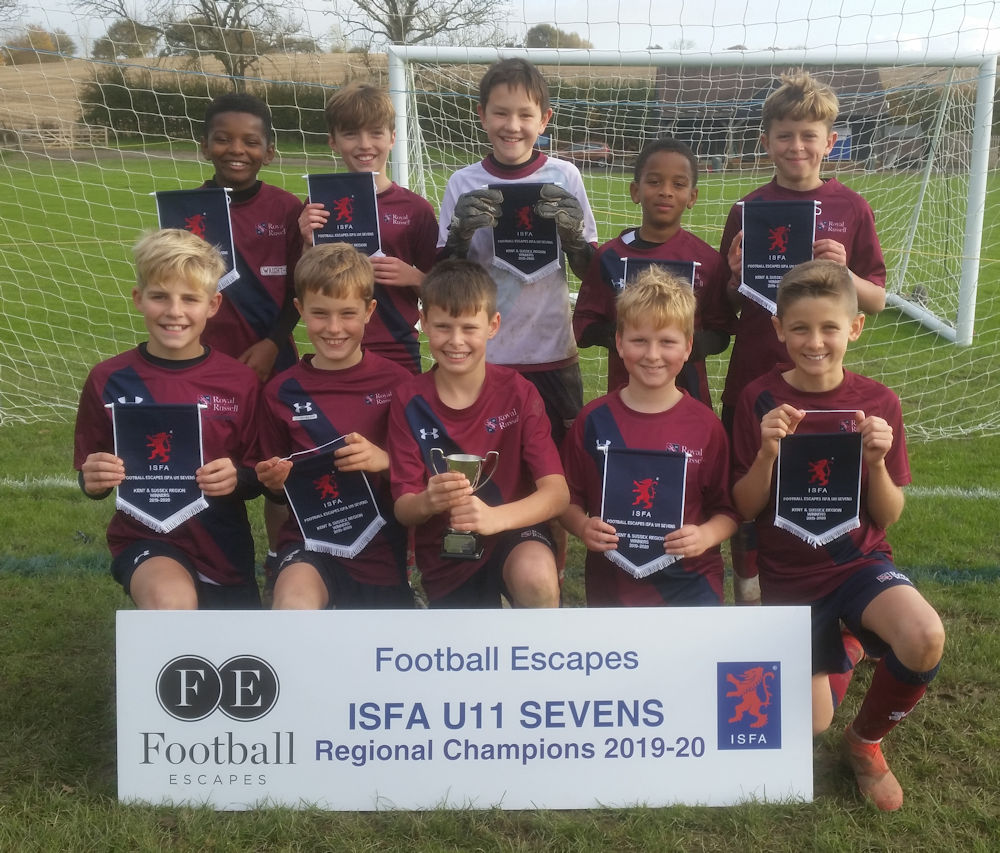 After being postponed last term due to the bad weather the 2019-20 Football Escapes ISFA U11 Kent/Sussex regional event took place at Ardingly College on a very cold but beautiful autumn day. The 16 participating schools where split into four group of four playing for their position in the round of 16 which would kick start the knockout staged of the tournament.

All four groups had clear winners on points alone: Bede’s group A, Yardley Court group B, The New Beacon group C and Royal Russell group D. In the group stages all four groups had close results with no school particularly dominating the scoring which set for exciting affairs in the Round of 16.

In the round of 16, Windlesham narrowly beat St Ronan’s 2-1. Cumnor House, Sussex knocked group winners The New Beacon out with a single goal. The Hawthorns overcame hosts Ardingly, and both Royal Russell and Yardley Court showed their strength beating Handcross Park and Vinehall 4-0. The other three fixtures where all decided on penalties which saw Ashford knockout group winner’s Bede’s after a goalless draw, Lingfield also came out on top after a goalless draw with St. Andrew’s and Great Walstead where the eventual winners in a 10 kick penalty shootout with Brighton College.

In the quarter-finals Lingfield, The Hawthorn’s and Windlesham all progress to the semi-final on penalties knocking out Ashford, Yardley Court and Cumnor House, Sussex. Royal Russell continued to show their form with a 4-0 win over Great Walstead. These results saw three schools from group D progress to the semi-finals. In the semi-finals Royal Russell maintained their excellent run to overcome Windlesham 2-0, whilst Lingfield had their third successful penalty shootout of the day after a goalless draw with The Hawthorns.

In the final Royal Russell showed their dominance playing some fantastic passing football to build up their goals. Lingfield also played some fantastic football but they failed to capitalise. Royal Russell ran out with a solid 5-0 win to retain their Kent/Sussex title. Both teams can now look forward to the National Finals at St George’s Park in May 2020. 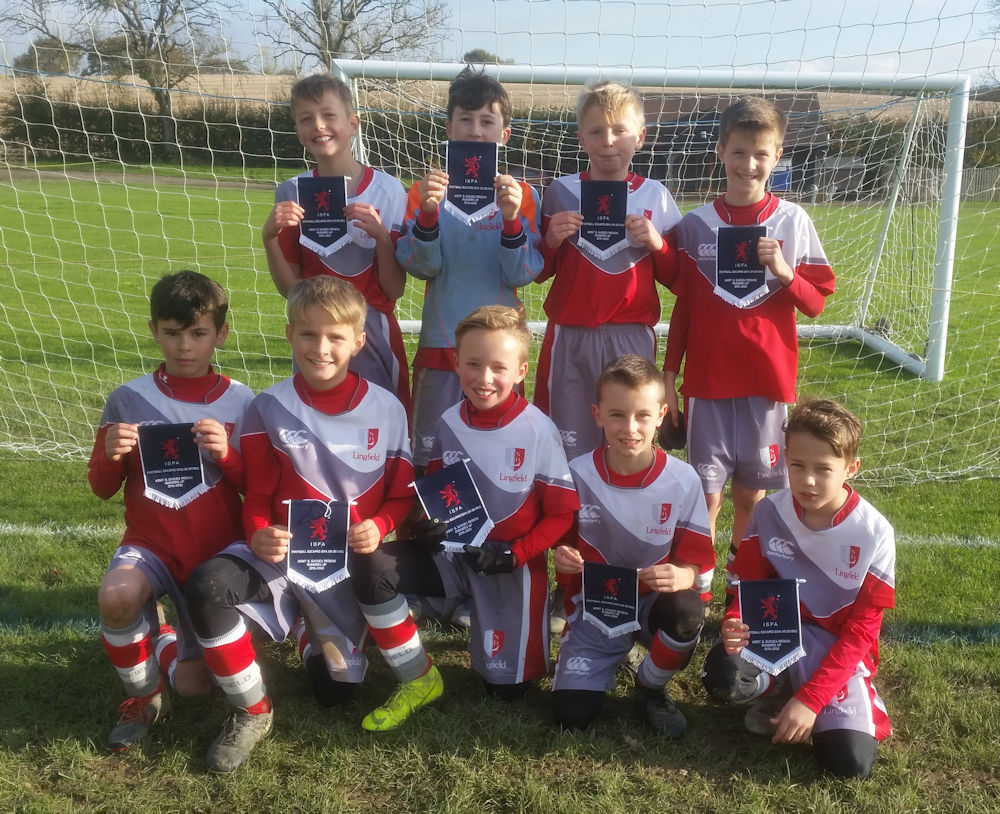