BUCKSWOOD COME FROM BEHIND TO CLAIM VICTORY 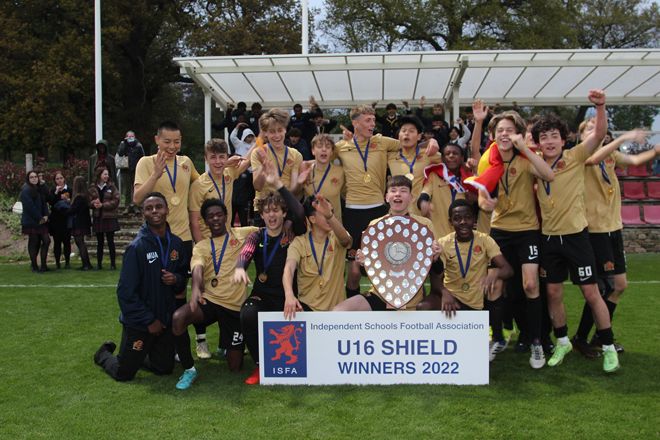 On a chilly evening at St Georges Park, Rossall School and Buckswood School battled it out to become the ISFA U16 Shield National Champions.

The game started at a high paced tempo, with both sides creating chances early on. Possession ebbed and flowed between each team, but neither were able to capitalize to gain the opening goal. The game then started to settle down a bit with both teams finding their way into the fixture. There was some good play in the middle of the park by the Rossall who were able to build on this, eventually creating enough pressure to score the opening goal of the game. This spurred the Rossall team on and before too much longer they were able to double their lead going into the half time break.

Both teams came back out after half time with the same intensity in which the game started. However this time it was Buckswood who struck first, scoring their opening goal 5 minutes into the second half. Much like the first half, goals came within quick succession, and 5 minutes later Buckswood doubled their tally and equalized the game with 30 minutes to go. Buckswood continued to pile on the pressure and looked like scoring again, but the Rossall defensive line stood strong and held their line and continued to show a resolute performance. With 10 minutes to go the game switched with Rossall now taking the upper hand in possession and chances, trying for the winner in the remaining minutes of the game, but some last ditch defending and tackles saw the game end in normal time as a draw, meaning extra time would need to be played.

The high tempo of the game continued into the extra time period with both sides showing great grit and determination with some strong challenges and great attacking opportunities. A through ball from the Buckswood midfield left the striker one on one with the Rossall goalkeeper, who came out to make the save, but the Buckswood striker calmly slotted the ball into the back of the net, giving them the lead for the first time in the fixture. Rossall never game up, but the momentum was very much with Buckswood at this point, with the final few seconds of the game to go, Buckswood made sure of their victory by securing a fourth goal of the game, seeing them crowned ISFA U16 Shield National Champions in a great spectacle of a game. Photography courtesy of RWT Photography  www.rwt-photography.co.uk , please order the DvD of the match from your school.

On sunny spring day the Buckswood team travelled up to play Harrodians in the semi final of the U16 ISFA Cup. This was a repeat of the semi final from a few years back and we weren't disappointed by the hospitality. The pitch, weather and changing rooms were excellent and the staff were extremely helpful to Buckswood. After the teams walked out and greater each other it was down to business. Both teams wanted an early goal, however Buckswood were first to score. But it wasn't long before Harrodians scored themselves and this showed how the game would be. At half time Buckswood had managed to score 2 more and were keen to push on in the second half. Harrodian came out fighting and it wasn't long before they scored making it 2-3. This then led to a flourish of opportunities and tackles. This was becoming an exciting match to watch for the supporters and either side couldve scored, however Buckswood managed to score their 4th and with time running Harrodians kept trying. Buckswood came away victorious and look forward to the final

A great game by the two sides from Dorset which had a very tight first half. Bournemouth took the lead before the break and capitalised on the keeper being off his line in the second. Milton Abbey threw everything forward but couldn’t make the breakthrough until the last minutes of the game, but at that point, it was too late.

Having drawn Truro School for the last four year away, it was time for Truro to visit the south coast and Bournemouth Collegiate. In a hotly contested game, BCS took the lead from a fine half volley  There were chances at both ends with the Truro keeper the busier of the two. The tie was decided in the final minutes when Bournemouth  slammed home the second in emphatic style

The wind made for a challenging game. Milton Abbey played with the wind first half and went 3-0 up. However Taunton came back into it when they had the wind advantage with two quick goals. Milton Abbey managed to score to give them a bit of a cushion but Taunton never gave up. They scored a third to make it a nervy finish but Milton Abbey hug on for the win. A great game despite the weather. Well done to both teams 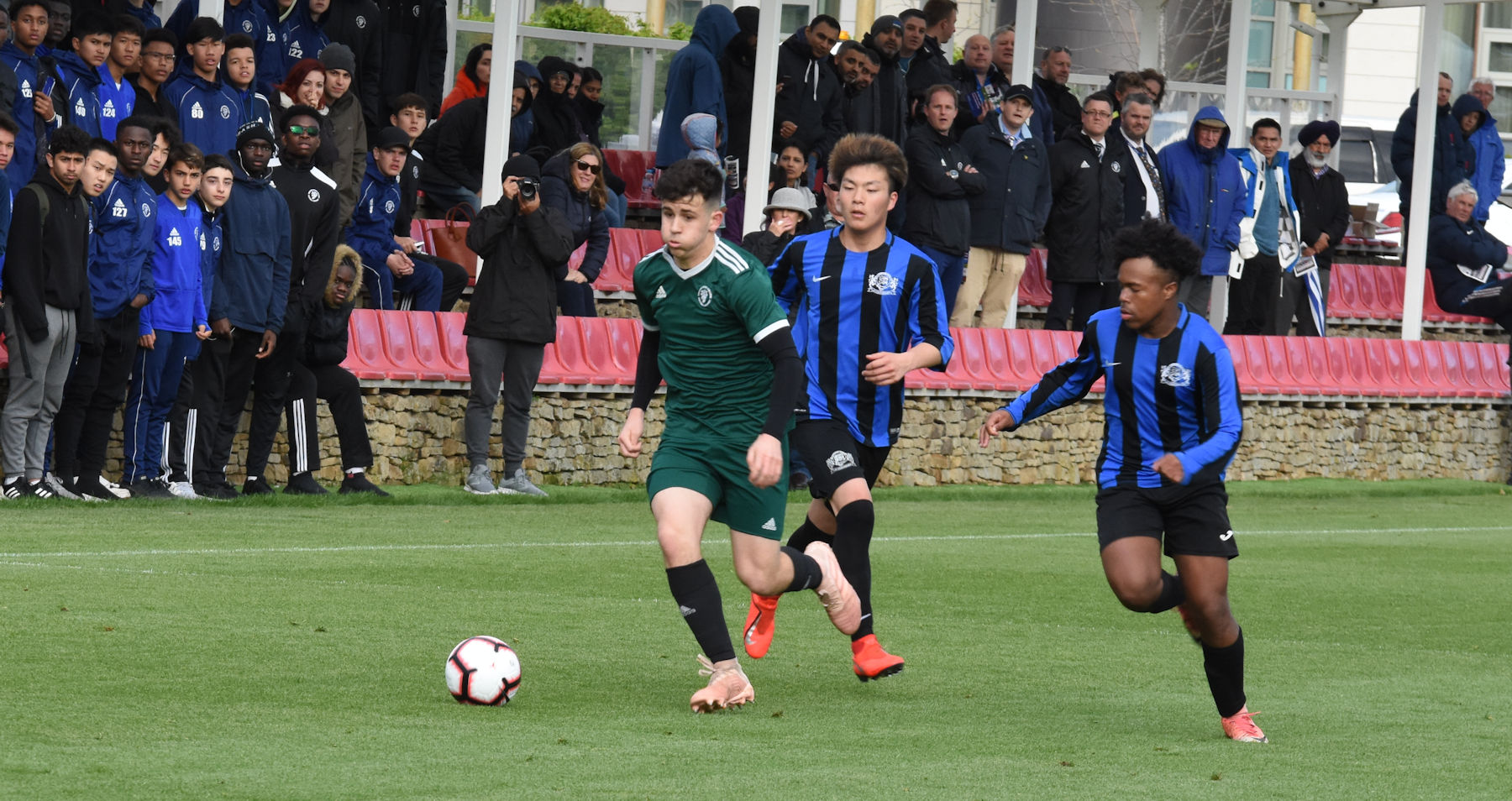 Read 32117 times
Tweet
Tagged under
More in this category: ISFA U16 SHIELD - FIXTURES »