On a glorious day, 12 qualifying teams made the trip to St Georges Park to take part in the Smith Construction U11 Girls National Final.

Split into 2 groups of 6, the teams would play a group match which would then decide the semi-finalists, with the top 2 teams progressing.

In Group A, Chigwell got off to a good start, winning their opening game against Gateway School, meanwhile Great Walstead and Lady Barn House played out a draw in their opening fixture. Warwick Prep also got off to a winning start in their opening game against Stockport Grammar. Chigwell continued their winning form in their next 2 group games against Great Walstead and Stockport Grammar, but were held to a goalless draw against Lady Barn House. Winning their last game against Warwick Prep secured enough points for them to top the group and progress to the semi finals. Meanwhile in the fight for the remaining qualifying position there was no shortage of goals. Gateway and Stockport Grammar both managed to secure a few wins in their way through the group stage, but it was Warwick Prep who secured the runners up position, only loosing to the group winners Chigwell.

In Group B,  St Cedds got off to a winning start, narrowly beating Hornsby House in their opening fixture. Scarisbrick Hall also got off the mark in their opening fixture against Terra Nova in what was another close encounter. St Cedds continued their form into their second group game against Fairfield, meanwhile Hornsby House got off the mark with a win in their second game against Scarisbrick Hall. Maple Walk opened their account with a hard fought win in a close game against Scarisbrick Hall, while Fairfeild and Hornsby House were inseparable, taking the share of the points after a goalless draw. St Cedds continued their winning ways, having an unbeaten run in the group stage to top the group. The race for the second qualifying spot was hotting up, but a win in their last game saw Hornsby House progress to the semi finals.

In the first semi final, Chigwell took on Hornsby House. It was 1-1 after full time, taking the game to a penalty shootout to decide, with Chigwell coming out the victors.

The second semi final saw St Cedds take on Warwick Prep, in a closely fought game, it was St Cedds who secured the victory takin them to the final.

In the all Essex final, it was a close game with end to end play and both teams showing great determination to win. St Cedds managed to find the opening goal and hang on to the lead winning the game, crowning them the Smith Construction ISFA U11 Girls National Champions. 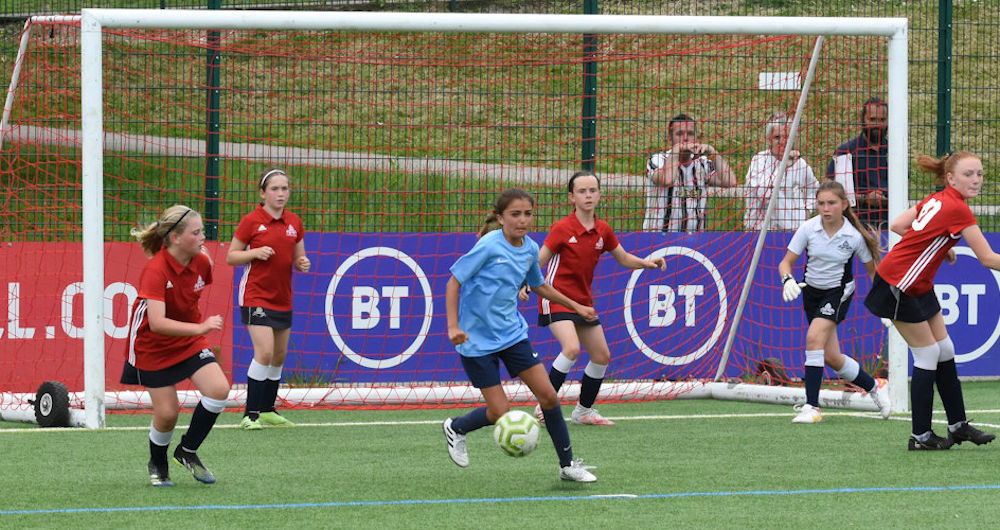