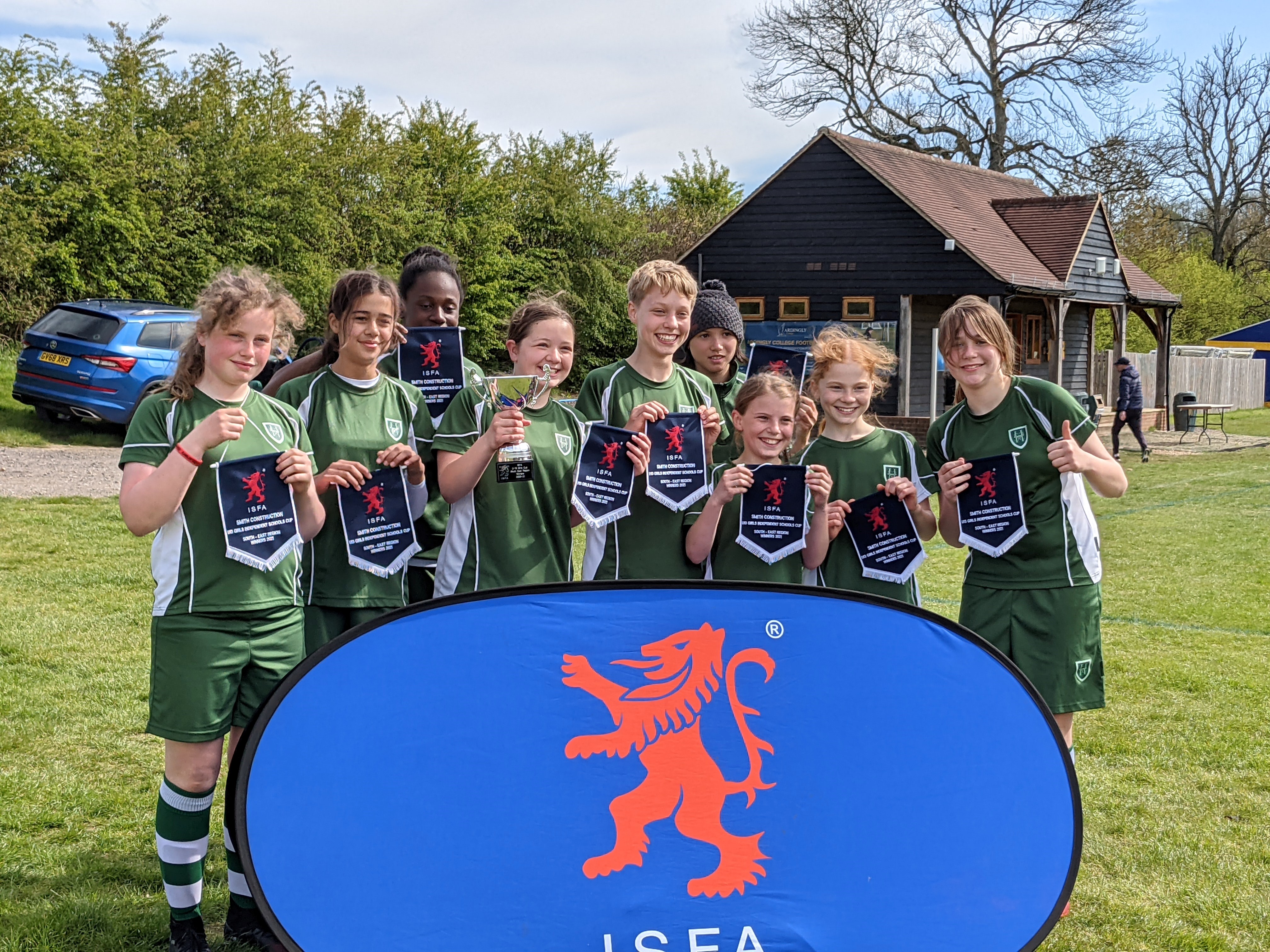 On a sunny afternoon at Ardingly College, 16 teams battled it out in the Smith Construction ISFA U13 Girls Cup South East Qualifier.

Group A
The group started strongly with Alleyns A producing a dominant attacking performance against a well-organised Lingfield team. Surbiton A also produced a solid opening performance against Bromley High School, opening their winning account maintaining a clean sheet. Bromley opened their winning account in the second round against Lingfield, with Alleyns and Surbiton counteracting each other, playing out a draw. It was Alleyns A who won the group, with Surbiton A taking the runners up position both progressing to the quarter finals.

Ardingly opened their winning account in the first round, showing some great attacking football, narrowly beating a resilient Lambrook team. Surbiton B took on a tenacious Claremont Fan Court, with Surbiton securing the win for the first round. There was nothing between the Lambrook and Claremont sides, seeing them both take a share of the points in a draw. Surbiton continued to display their scoring ability, ending up as group winners taking the maximum points, closely followed by Ardingly, who claimed the runners up position, taking them into the quarter finals.

ACS Cobham and Alleyns B started strongly, with ACS Cobham edging a closely fought win to open their account. Thomas’s Battersea took on a robust Epsom College team, with both teams finding the net, but Thomas’s just edged the game, producing a win to open their account. ACS Cobham continued their dominant performance, topping the group with three wins. Thomas’s Battersea closely followed, taking the runners up spot progressing the quarter finals.

In a closely fought game between Great Walstead and King Edwards, the two team remained inseparable both taking a share of the point in their opening games. Meanwhile, Latymer Upper took on a well-organized Royal Russell side, with Latymer taking the win in their opening game. Latymer continued to show their dominance in from of goal, putting five past King Edwards, to top the group. Great Walstead also progressed to the quarter finals.

In quarter final one Alleyns A took on a strong Great Walstead team, but it was Alleyns A who took the win to progress through to the semi-final.

The second quarter final between Surbiton B and Thomas’s Battersea saw a closely fought game with both teams producing goals, but it was Surbiton who came out on top.

Quarter final three saw a strong ACS Cobham side take on a equally strong Ardingly team. In a closely matched games, it was one goal that separated the two teams, with Ardingly progressing to the semi-final.

The final quarter final between Latymer Upper and Surbiton A, saw a strong Surbiton side progress to the semi-final after a resilient display.

In the first semi final, Alleyns A took on Surbiton B, in a closely matched game, it was Surbition B who edged the win, progressing through to the final.

The second semi-final between Ardingly and Surbiton A was decided by a penalty shootout, with the 2 teams inseparable after full time. After a great display of penalties and saves, it was Surbiton A who progressed to the Final.

In a final which was to be won by a Surbiton team, it was Surbiton B who took the victory, crowning their unbeaten run.

The 3rd/4th place play off was won by Ardingly who narrowly beat Alleyns A in a penalty shootout, taking them through to the national finals. 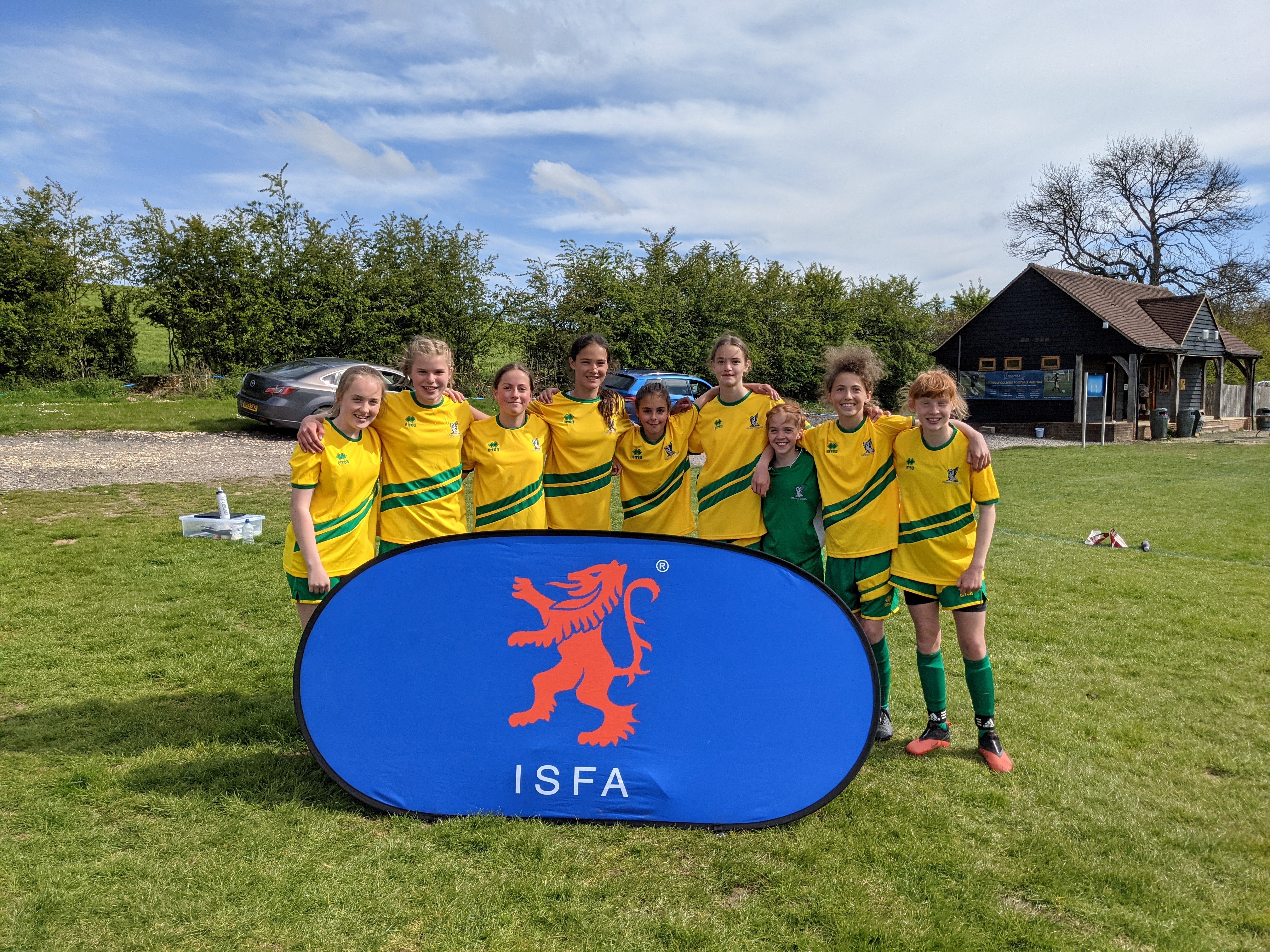 ISFA @isfafootball
The Draw for the First and Second Rounds of the 2021-22 Boodles ISFA Cup has been made and can be found here - https://t.co/CcWxduR5p3

ISFA @isfafootball
The Draw for the First Round of the 2021-22 ISFA U15 Cup has been made and can be found here - https://t.co/UsYJdZBy6j

ISFA @isfafootball
The Draw for the First Round of the 2021-22 ISFA U13 Cup has been made and can be found here - https://t.co/MTPfICs0RO

ISFA @isfafootball
RT @qethelburgas: Week 2 of the Year 6 Football Club went very well with the boys engaging in fitness work before working on their passing…