﻿
Published in U18 Girls 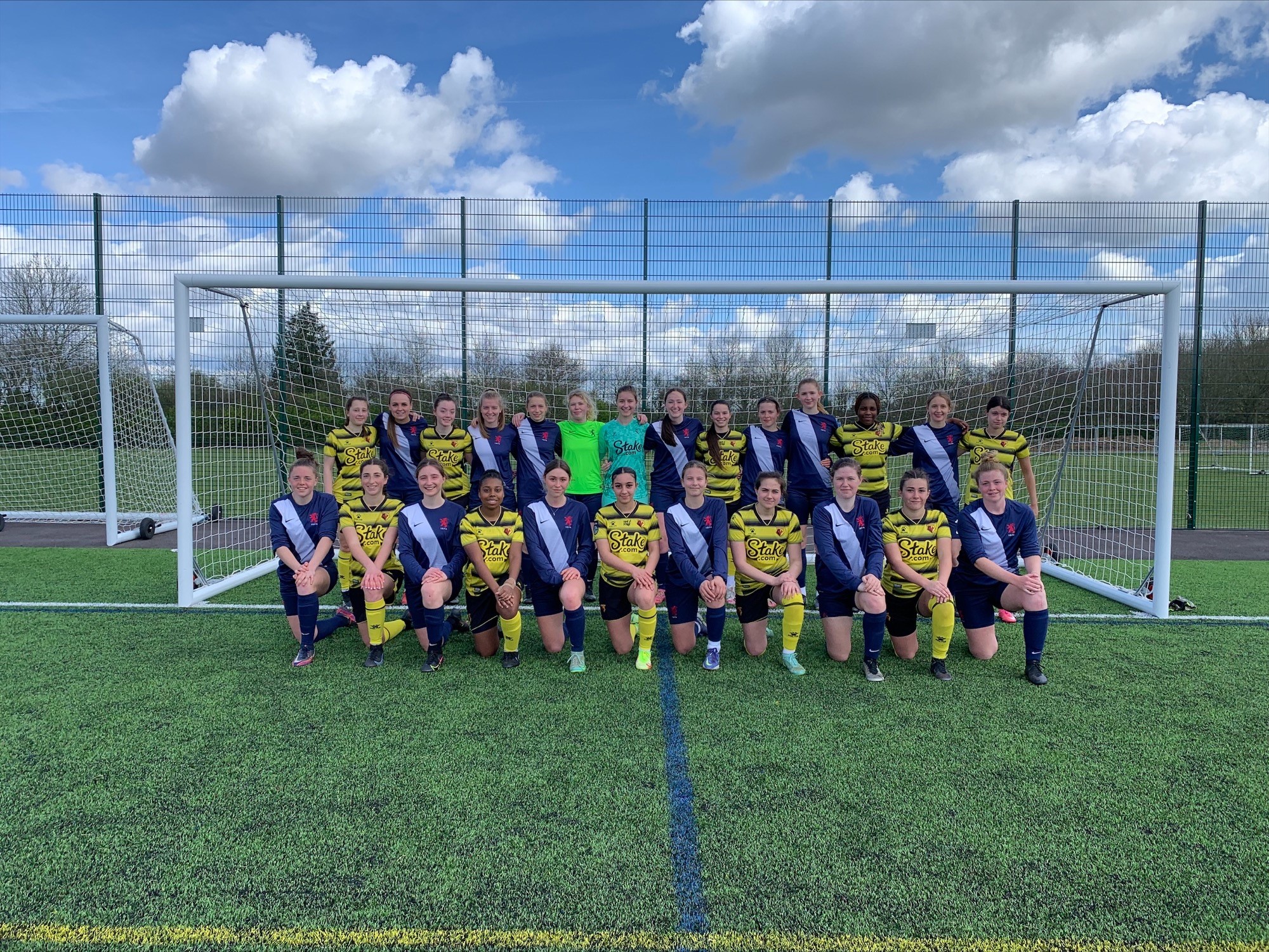 It was great to have the U18 girls back together again, their first meet up since St George’s Park in December. They faced a tough Watford U23 Development side who have had a strong season.

Watford got the game started and both sides were looking to play quick moving football. Watford scored after 5 minutes after a switching ball found their left winger who was able to score past the ISFA keeper. ISFA battled hard and were unlucky not to equalise on 18 minutes when the ISFA left winger made a great driving run before picking out the right winger who’s shot was expertly tipped onto the post by the Watford keeper. A shot from the ISFA striker just went over the bar five minutes later. On 32 minutes ISFA were presented with a great opportunity to equalise again as the ISFA striker went round the Watford keeper but a great goal line save from the Watford defender kept them ahead. The score remained 1-0 to Watford at half time.

ISFA got the second half underway and started strongly. An ISFA free kick was well saved by the Watford keeper but ISFA finally managed to breakthrough on 50 minutes when a great strike from the ISFA left winger went in the top right corner; 1-1. The game continued to be battled well between both teams and it was ISFA who took the lead on 60 minutes when a great ball forwards was well taken by the ISFA striker, she rounded the keeper and found the left winger to slot home. ISFA struck the post again on 78 minutes with a great strike from the number 10, but the game remained 2-1 until the final whistle. A fantastic result for the ISFA Squad who were all pleased to have been reunited for the weekend. 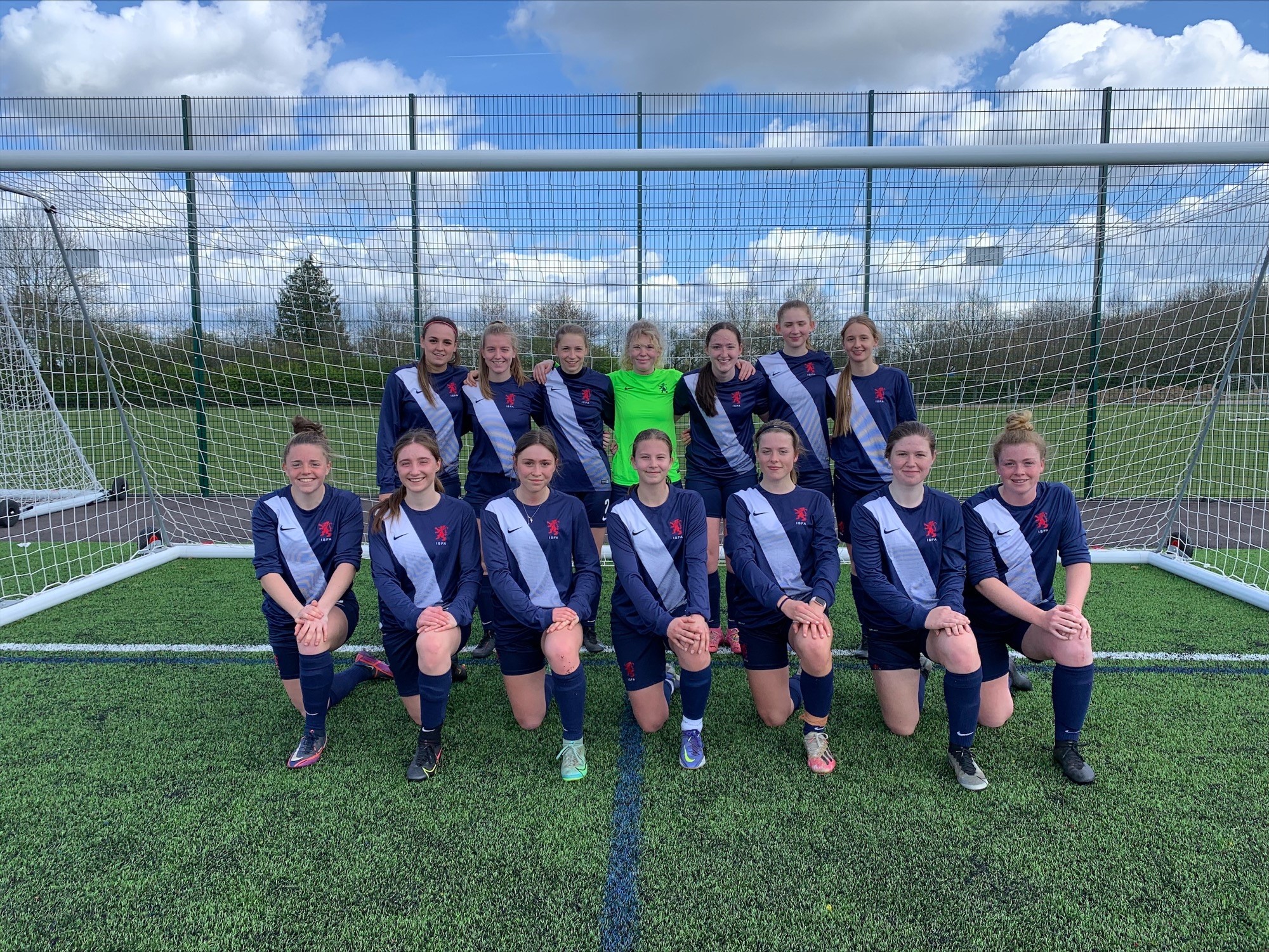 Both teams were looking forward to the competitive annual fixture at SGP, particularly given last seasons game couldn’t happen. ISFA got the game kicked off but it was English Colleges that took an early lead in the 2nd minute through a great through ball and strike into the bottom left corner. A mix up on a back pass saw English Colleges double their lead on the 4th minute. ISFA settled into the game and regained some of the possession, battling hard in defence and midfield. A wonder strike from English Colleges in the 35th minute hit the cross bar and was tapped in by their striker 3-0. Half time ESFA led 3-0. The second half saw ISFA came out determined not to succeed and to try and increase their chances. It was evenly contested throughout, with the best chance falling to the ISFA number 9 who’s shot went just over the bar. A goalless second half meant the game finished 3-0. Another great SGP camp for all players.

Pictures from the St. George's Park Camp are available from www.rwt-photography.co.uk 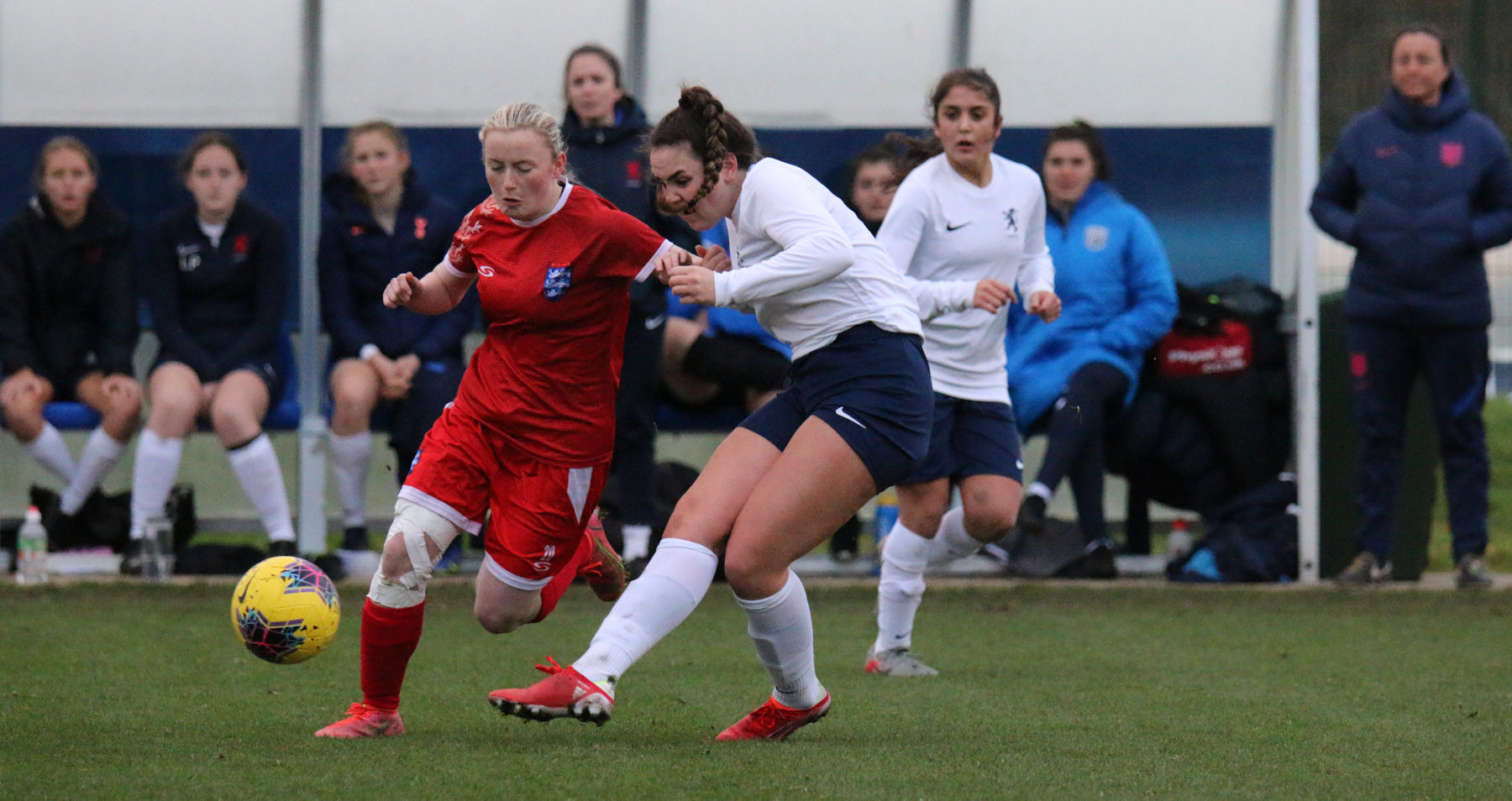 It was great to be back at St George’s Park after missing the camp last season. The squad were excited to face TGK in their first game of the 2-day camp. The game started and was end to end with both teams working hard to create chances. It was 29 minutes before ISFA took the lead after a press on their full back saw our right winger come away with the ball and slot into the bottom left corner.
ISFA kept the pressure on and doubled their lead on 39 minutes from a great through ball which was well finished by the ISFA right back. TGK almost pulled one back on the stroke of half time but a great save from the ISFA GK tipped the ball around the post. The corner was well defended and ISFA led at the break 2-0.
ISFA started the second half strong and were quickly 3-0 up following some excellent one-two play between the centre mid pairing. Some excellent combination play between the right winger and centre forward saw ISFA score a 4th in the 55th minute. TGK worked hard in defence and kept ISFA at bay and it wasn’t until the 87th minute that ISFA scored their 5th. Final score ISFA U18 5-0 TGK. 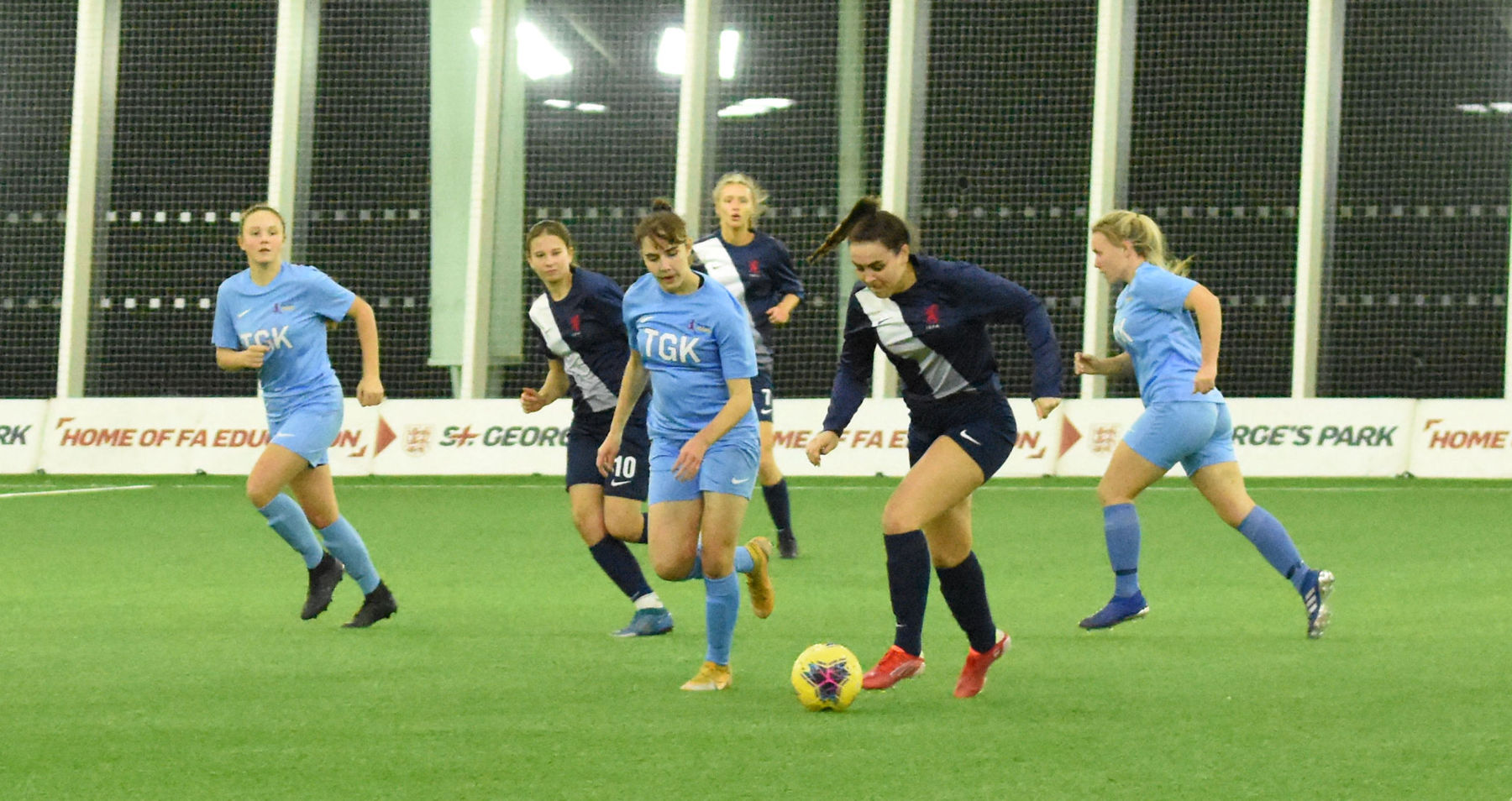 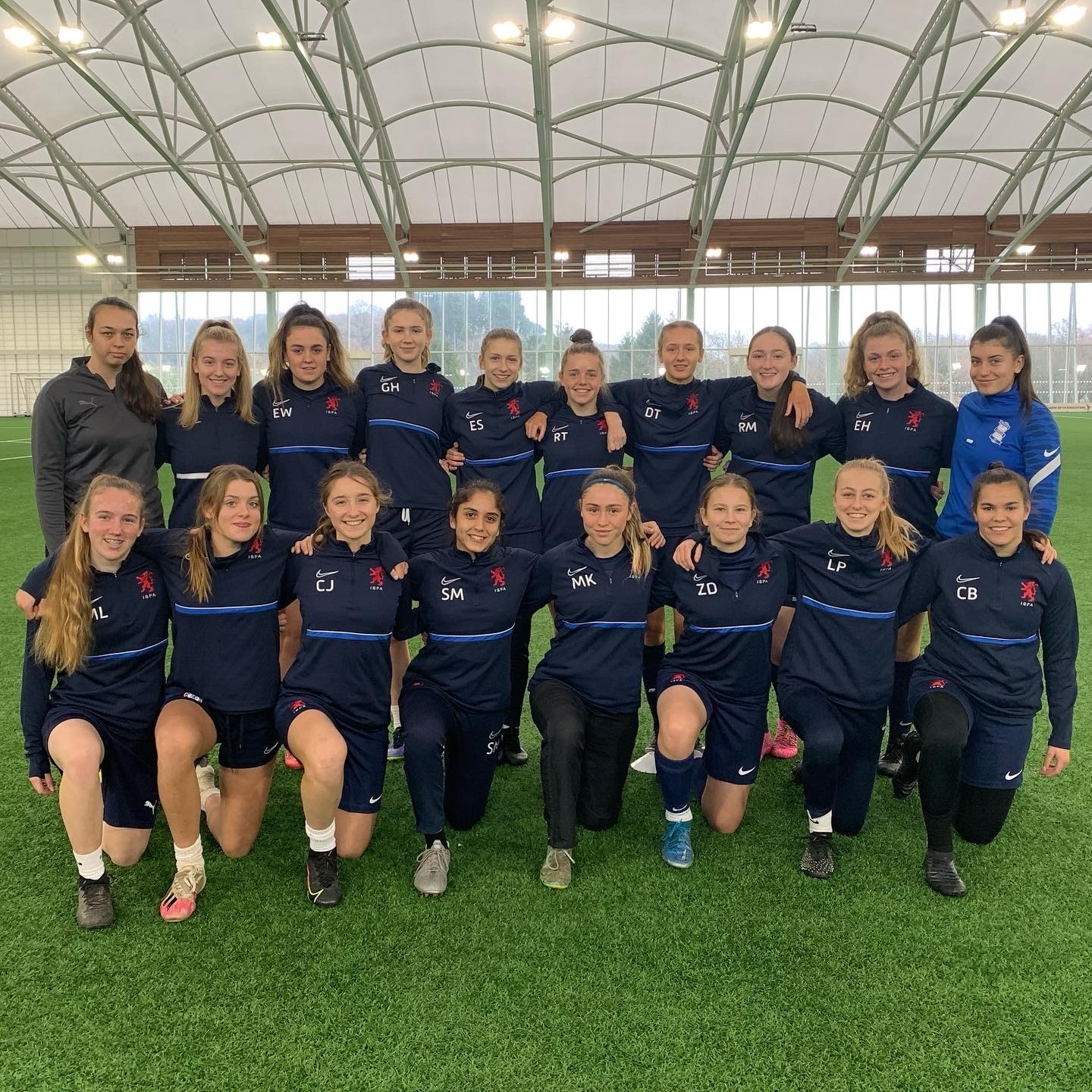 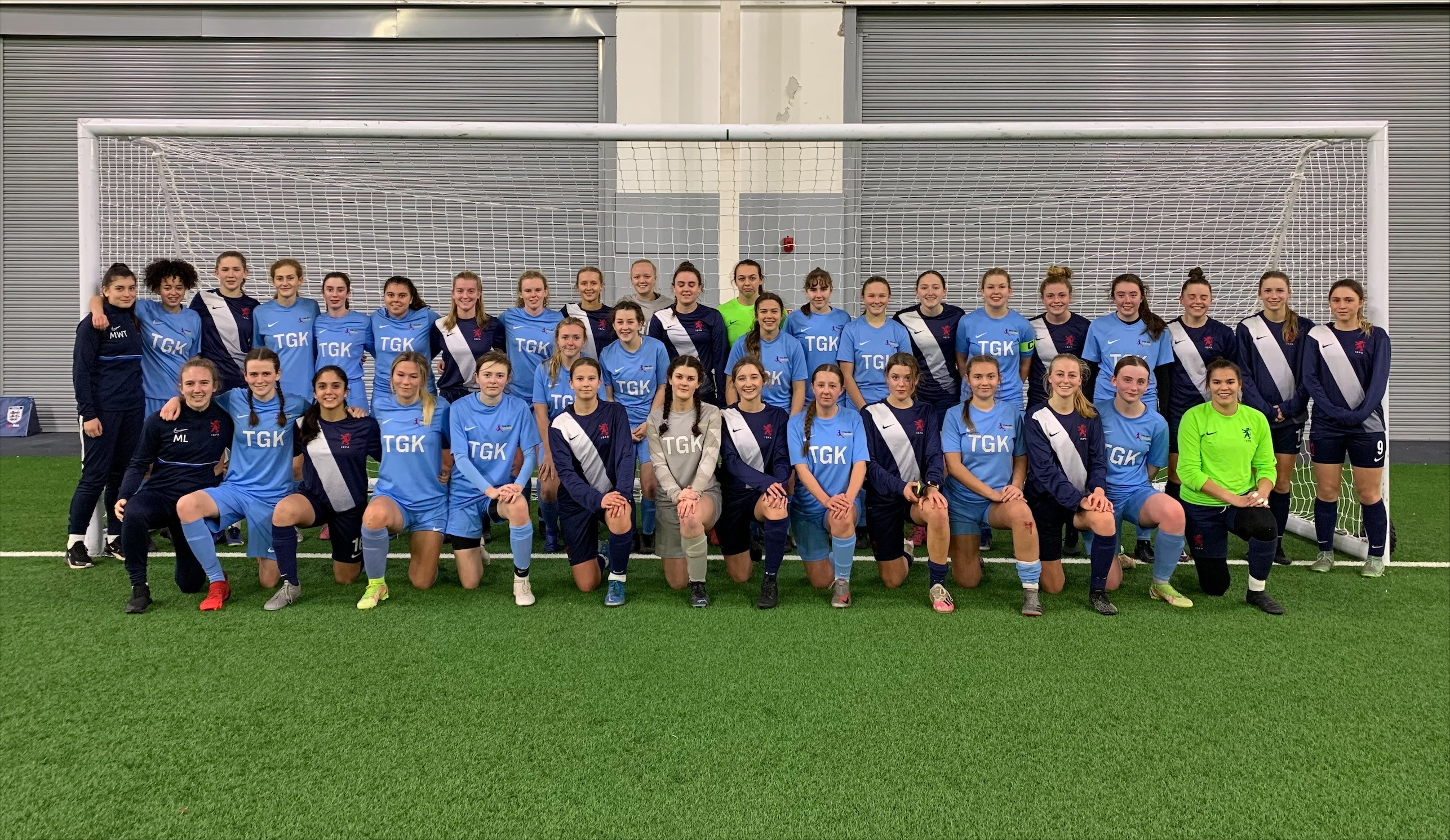 After a season out due to COVID, the U18 squad started the season with their usual visit to Huntington FC to face Cambridge City.

ISFA kicked the game off and started brightly with some good passing combinations. An early free kick to Cambridge on the edge of the box was well closed down and cleared by ISFA defence. On 18 minutes, the ISFA number 9 brought the ball down well, beat a player but her shot was just over the bar. Just 7 minutes later, the ball was played in from the left hand side and was well struck just outside the box by our number 9 into the top right hand corner to give ISFA a 1-0 lead. ISFA continued to dominate the remaining possession, the ISFA number 11 came close with her shot that just went wide of the post.

A few changes at half time brought fresh legs onto the pitch and ISFA continued to put the pressure on. A great ball from the ISFA Captain was well contested by the Cambridge keeper and the ISFA attacking midfielder, the former just doing enough to prevent a goal. ISFA were relentless and their efforts paid off on the 60th minute when a great through ball from the right wing was latched onto by our number 9 who slotted past the keeper for her second of the game, 2-0 ISFA.

ISFA pressed high for the remainder of the game and kept the pressure on Cambridge and were unlucky not to score further goals. A great first game for the ISFA U18 squad. 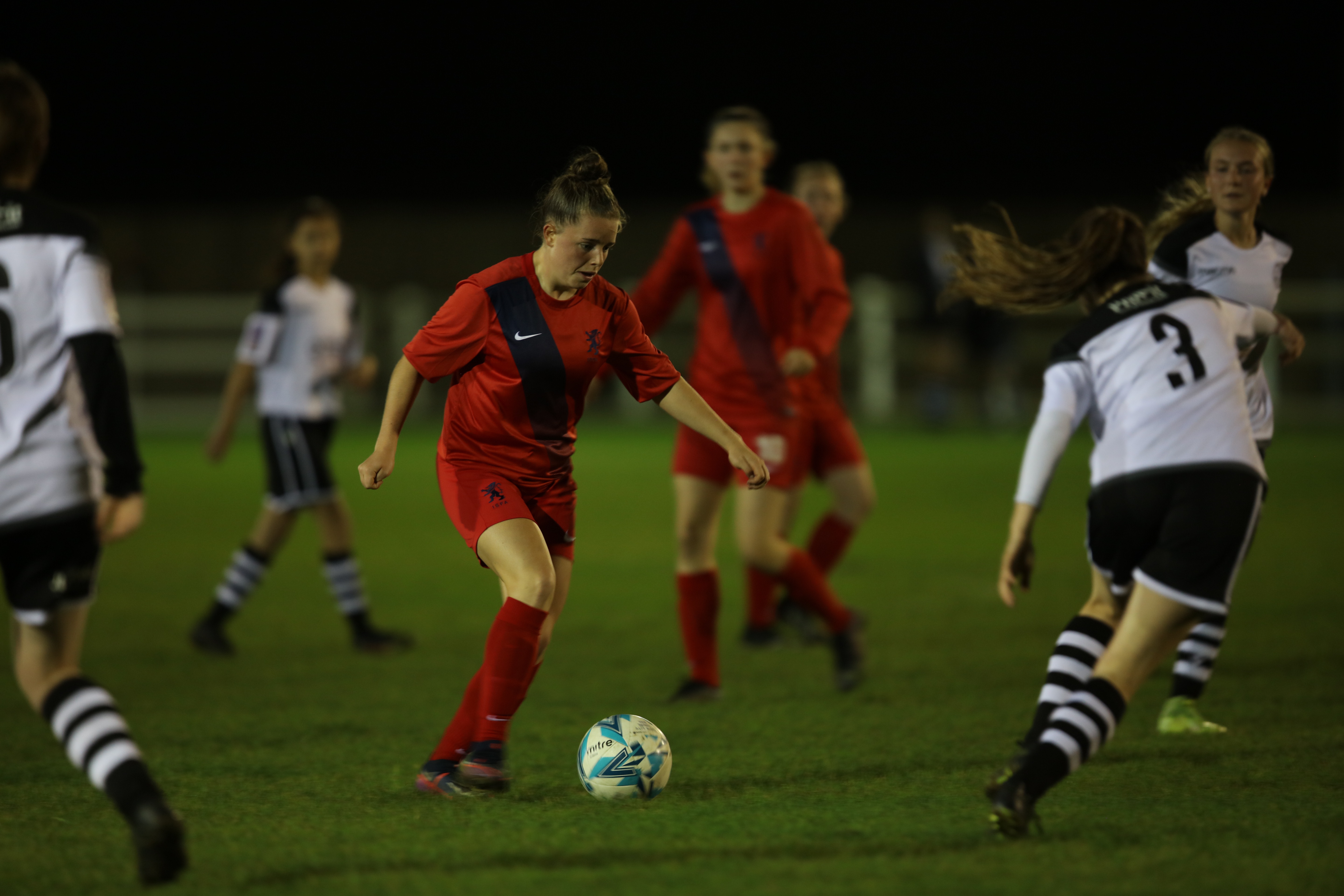