﻿ Print this page
Published in U18 Girls

ISFA is delighted to confirm that the ISFA Girls National Representative Programme will return for the 2021/22 season. Schools are now being asked to nominate players to attend the ISFA girls national representative team trials taking place at Queenswood School on Sunday 26th September 2021.

This year ISFA will be once again holding a trial day to select our U18 & U16 Girls national representative teams who will take part in our national representative programme. The programme includes development camps including at St Georges Park and international fixtures against English Colleges, English Schools FA, Scotland Independent Schools etc, and is seen as the pinnacle of the ISFA girls football programme.

To nominate players simply complete and return the trial nomination form below.

Further details of the trials can be found below, anyone requiring further details is asked to contact Head of Football Operations Ian Bent via This email address is being protected from spambots. You need JavaScript enabled to view it.. 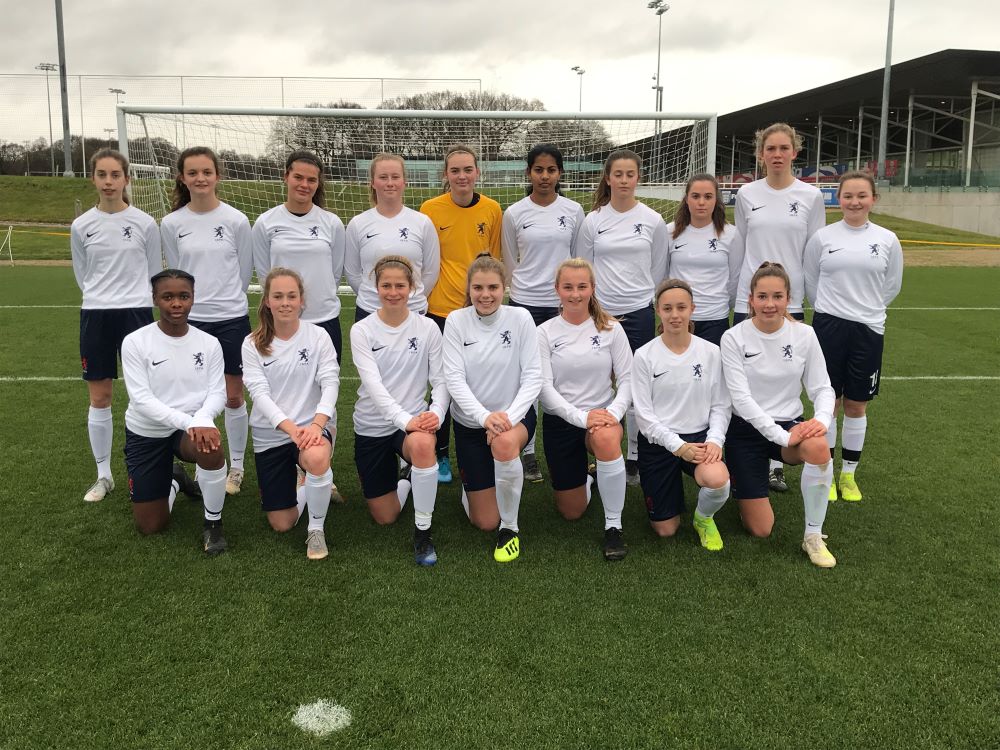 ISFA IMPRESS AGAINST SCOTTISH SIDE

After travelling up on Saturday from various regions in England Sunday 2nd February saw ISFA under 18s representative side meet Boroughmuir and Thistles's under 19's at their home ground of Meggetland in Edinburgh. After a slightly delayed start both sides were raring to get going and see what each team had to offer.

Just three minutes in saw the first bit of action from the ISFA side when a through ball from Georgia found Clara to make it 1-0. Boroughmuir didn't give up easily and a few minutes later they had their own opportunity when a defensive mistake for the English schools gave Boroughmuir the chance for a comeback but Eloise denied this chance with confident defending.

Halfway through the first half ISFA striker Matilda slots a great ball across for Sophie who can't quite get shot on target due to good defence from the Scottish side. Alice the goalkeeper - stepping up from the under sixteen programme - showed great vision when playing out from the back and this lead to a chance for Clara to make it two but unfortunately was caught offside.
Just seconds later, centre back Louise breaks forward with the ball but her shot goes wide. Shortly afterwards the lead for ISFA is doubled when a corner leads to an unfortunate defensive deflection. Just before half time the goal tally reaches four when Emilia is quick to follow up a goalkeeping mistake followed by a corner from Lily falling to Emilia this time in the form of a header. At half time the visitors are 4-0 up.

The second half brings more exciting play from both sides with ISFA dominating the majority of possession. ISFA don't leave it long before securing another goal when a run through from Louisa in defence gives a 1-2 with Matilda, making it 5-0. Shortly afterwards, another great save by Alice denies Boroughmuir a potential goal chance that was well worked by the home side.

In the final quarter of the game, Emilia bags herself a hatrick with the assist of Matilda again who plays another ball through to penetrate the Boroughmuir defensive line. The Boroughmuir goalkeeper does her best to deny the visitors another goal and is unlucky not to make it. Shortly afterwards, her hard work is rewarded when she pulls off a brilliant save to tip Captain Ellen's shot off crossbar.

On a very wet Wednesday afternoon at Saint George's Park the under eighteens ISFA squad faced a strong English Colleges team. The game began with a high tempo and both teams contesting in a physical battle. Twenty minutes in ISFA are awarded a free kick taken by Mya Lewis-Powell by the corner flag. It falls to milie who turns elegantly and lays it off to Ellen Jones with a powerful strike that unfortunately just goes over the bar. With the rain continuing to pelt down forty minutes in the English Colleges have a good chance and force goalkeeper to pull out a good save across her goal. At halftime the game remained goalless.

Soon after returning from the break,  Clara John won a chance through on goal but it fell straight to goalie. English Colleges take advantage of the break and counter straight down to other end. Thankfully defender Millie Quaintance is there to put in a solid block.

In the middle of the park, Clara John, Ellen Jones and Sophie Gillies link up impressively we'll, forcing the opposite goalkeeper to make a save bottom corner. The English Colleges keep trying to break ISFA down, with persistent attempts to challenge the ISFA back line. Finally there efforts pay off when they are awarded a free kick in a key area and score on the follow up, making it 1-0.

ISFA kept applying the pressure and produced very aesthetically pleasing football, putting stress on the English schools. Mya Lewis-Powell and Evie Thompson are creative on the attack but can't get shot away. ISFA's hard work is rewarded with a corner in the final minutes. It falls to Luisa Ballach on the edge of the box who hits the ball excellently and gives ISFA the equaliser. When play returns, English Colleges are on the attack straight away and manage to nip the winner in the final kick of the ball. A highly contested match in challenging weather conditions but a credit to both teams with great football on show. 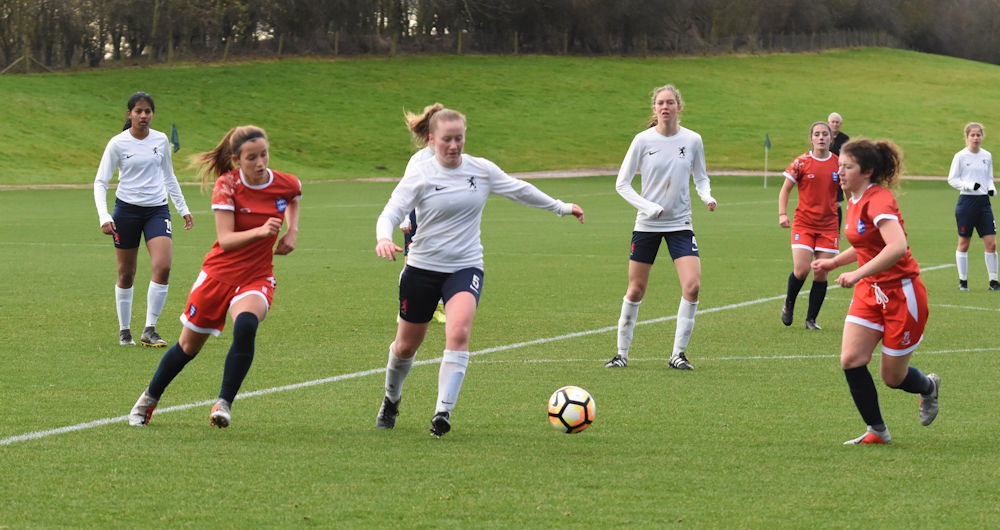 Ten minutes in ISFA had their first exciting chance when Eleanor Hutchings played it through to Emilia Parsons whos shot was just wide. The ISFA squad dominated possession and were unfortunate to enter half time 1-0 down after a fantastic shot by TGK from 30 yards out.

The TGK goalkeeper kept her team in the game with a number of superb saves to deny ISFA an equaliser. The closest being just before the half time break with Ellen Jones striking the ball, Emilia Parsons following up with the rebound and the TGK keeper reacting brilliantly to deny the chance.

In the second half Mya Louise-Powell didn't leave it long to get one back for ISFA by chipping the goalkeeper at fifty two minutes. Unfortunately, it wasn't long until a mistake in the defence for the ISFA squad gave TGK the chance to take the lead again.

In a game of end to end football Louise-Powell stepped up to take a corner with a strike from Captain Georgia Brown who hit the woodwork. Thankfully, ISFA didn't have to wait long to get another goal in the net as a beautiful ball across from winger Vicky Neuefeind found Sophie Gillies feet who made it 2-2. It was right back Millie who came steaming up in one of her tremendous runs and took the next goal from outside of the box confidently. Gilloes closes the game with a fourth goal by taking the ball on a run past the TGK defenders from the halfway mark and sliding the ball across her body only to finish comfortably.

ISFA Under 18's faced Cambridge United under 16's under the floodlights at Huntingdon Towns ground. The game started well for the ISFA select squad with possession laying heavily in their hands. The first real chance for ISFA was when Captain Ellen Jones had the first strike at goal but it was comfortable for the keeper to collect. Evie Thompson spotted an oppurtunity but only managed to find the woodwork when she found the Cambridge keeper off her line with a decent lob. Success came at 35 minutes when Emilia Parsons managed to get one past Cambridge to give ISFA the opening lead.

The second half began with Emilia finding the woodwork yet again. ISFA continued to play neat football, playing out from the back and utilising wide players. However, Cambridge were not without their chances as one period of play gave them a chance to press high but they could not convert it thanks to the solid ISFA defence. In the 60th minute Ellen managed to double the lead after the Cambridge keeper made a good save but Ellen was there to get the rebound. Finally the game was wrapped up when Mya Lewis-Powell powered through the right hand side and managed to find Emilia who confidently slotted it home.

Overall a well battled fight from both teams but ISFA created some very high quality periods of play and looked comfortable playing out from the back. 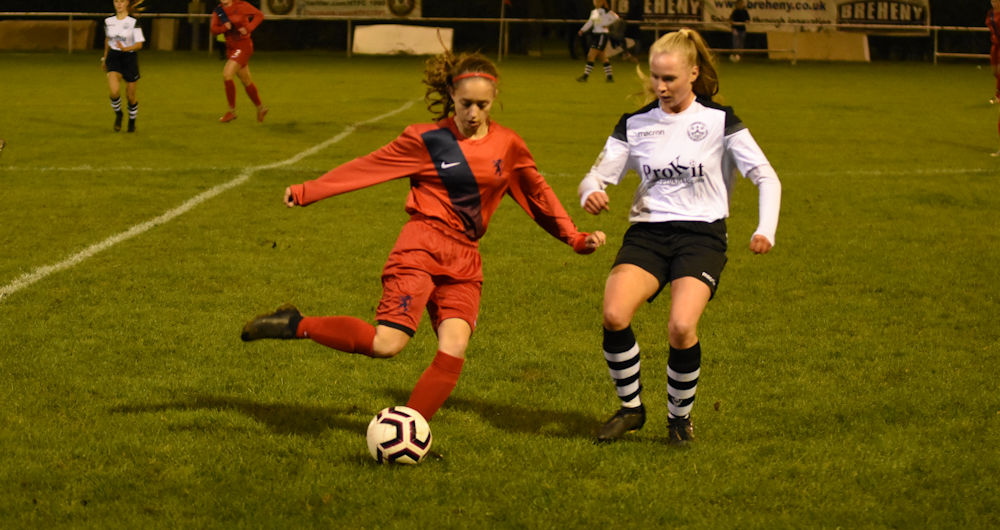 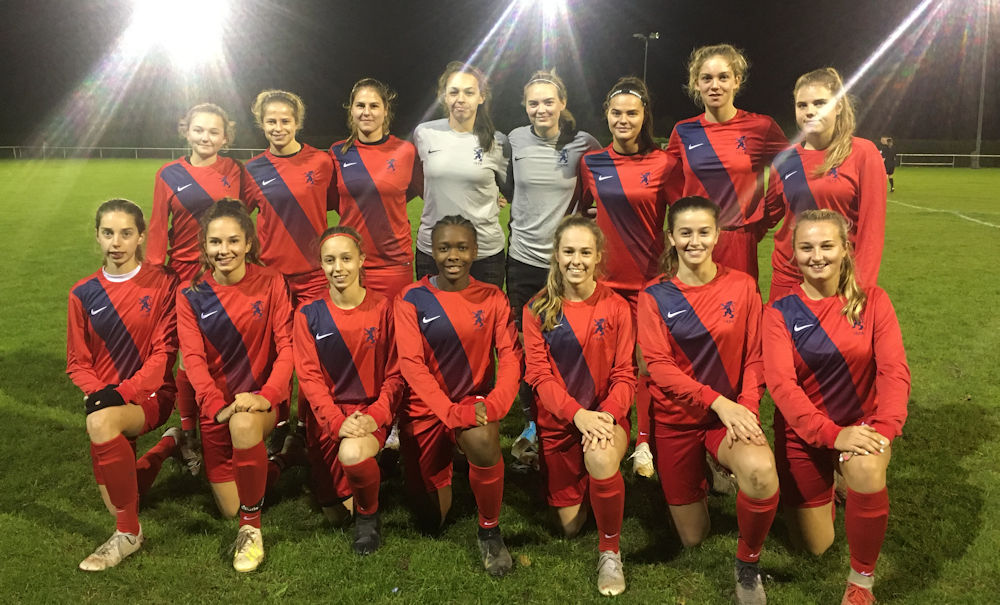