The ISFA U17s regrouped for their final gave of the 2021-22 season and took on the Royal Navy. Both sets of players started fast, creating clear chances to take the lead. However, it was ISFA who went ahead midway through the first half, with a close side-foot finish. Two more quick goals then came ISFA’s way just before half time, giving them a confident game position.

The second half continued to flow from end to end, with both teams displaying good football to win the game. Again, ISFA were clinical with their finishing and scored 2 more goals on the counter-attack. Having reignited this traditional fixture, ISFA are already looking forward to taking on the Royal Navy and many more challenging games in 2022/23.

ISFA travelled up to Nottingham university for the ISFA u17s camp, our camp started with a very competitive fixture against Boston United. Mid way through the first half ISFA took the lead through a great left footed finish from our number 9. ISFA continued their great start by making it 2-0 from the penalty spot in the second half. Boston reacted well and created some good chances and deservedly pulled a goal back, however, ISFA managed to hold on for a 2-1 result.

ISFA continued their fine form into the second game of the camp. ISFA took a 1-0 lead after scoring after 8 seconds into the game. More chances came ISFAs way to double the lead but fine saves from the Nottingham goalkeeper, kept them in the game. Nottingham equalised just before half time, however, ISFA managed to react well and get another goal to make it 2-1, the game ended 2-2 after Nottingham scored an equaliser. 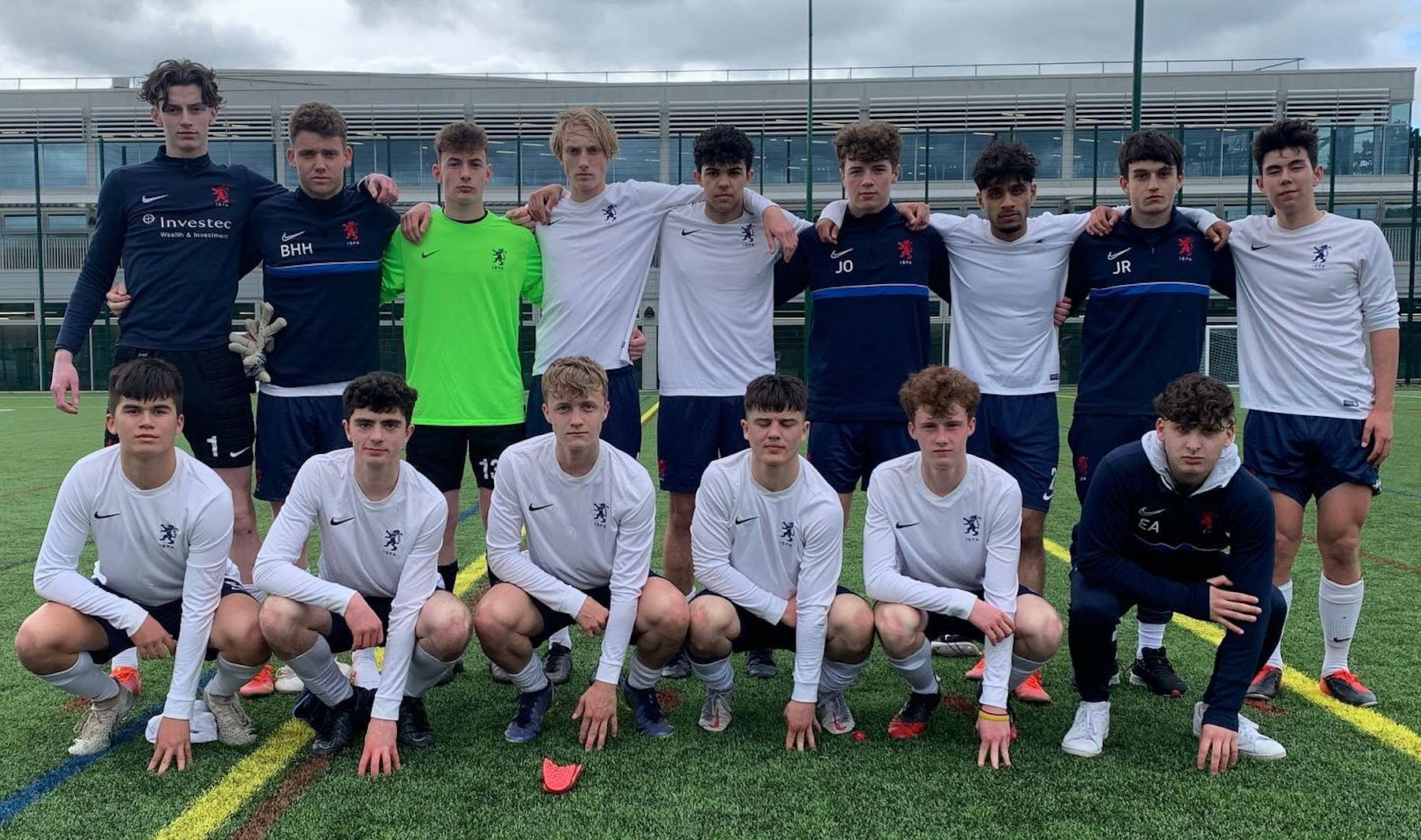 Loughborough provided the perfect venue to play this competitive and fast flowing football fixture. Both teams created early chances and shots on target from slick combined passes and movement in the final third areas. However, it was a well taken penalty by ISFA that established a 1-0 half time lead. Loughborough raised their game tempo early on in the 2nd period and responded with 2 well executed finishes to take a 2-1 control of the match. ISFA continued to push and press in attack, gaining a deserved last minute equaliser with a composed side foot finish into the bottom left corner of the goal. This was an impressive team performance from ISFA, with several individuals showing that their game talents are developing and progressing fast.

Right from the start, the U17 ISFA team were up against Sheffield's fast and purposeful forward play and conceded 2 early goals from close range. ISFA did adjust well to the high intensity and showed encouraging signs to score with the counter attack, but denied by fine saves from the United keeper. Several changes were made at half time by both teams, with ISFA managing to take early positive steps and scored with a well placed rebound finish. ISFA's play continued to benefit from the now end to end open game and searched for the equaliser. However, it was Sheffield who intercepted ISFA's possession near the visitors goal and made no mistakes with two more composed finishes.
The game deservedly finished 4-1 to a professional team unit. However, it was ISFA who will benefit from a much needed game together, will take note from this valuable  experience and into their next match in March.

This ISFA U17 South trial was played in near perfect football weather conditions. The F.A. representative team also made the perfect start, scoring with a 1st minute close range shot from an excellent flat corner delivery. ISFA responded well by forcing the oppositions goal keeper into making several fine saves. Just before half time, ISFA deservedly equalised from a deep angled pass, fine midfield run and a well timed lob into the Essex goal. ISFA continued to create clear goal scoring chances in the 2nd half and eventful pressure earned them a penalty. ISFA made no mistake from the spot and managed to hold onto a 2-1 lead and surging late pressure from the F.A. team. Both teams set a good example of how the game should be played.

ISFA South U17 faced a very strong Kent Schools side whom had won the National Cup last year. The surface was perfect at Charterhouse though the conditions were challenging.

Kent dominated the first half from start to finish and their deadly front line scored 5 with only one goal scored for ISFA. The second half was much more even though with chances at either end. ISFA added a goal before Kent got back on the scoresheet again. This somewhat deflated the ISFA side and Kent went on to score two more before ISFA gained another consolation.

Overall, a fantastic level of football and a great game to watch.

RT @THISGIRLKICKS: We are excited to confirm that our TGK U16s & U18s representative teams will have the opportunity to play at St George's…

RT @U12Girls: @isfafootball @ArdinglyCollege I'm sure they all thoroughly enjoyed it and great to see our own very talented Elena there. Gr…